It Has Always Been a ‘Religious War’: On Ben Gvir and the Adaptability of Zionism 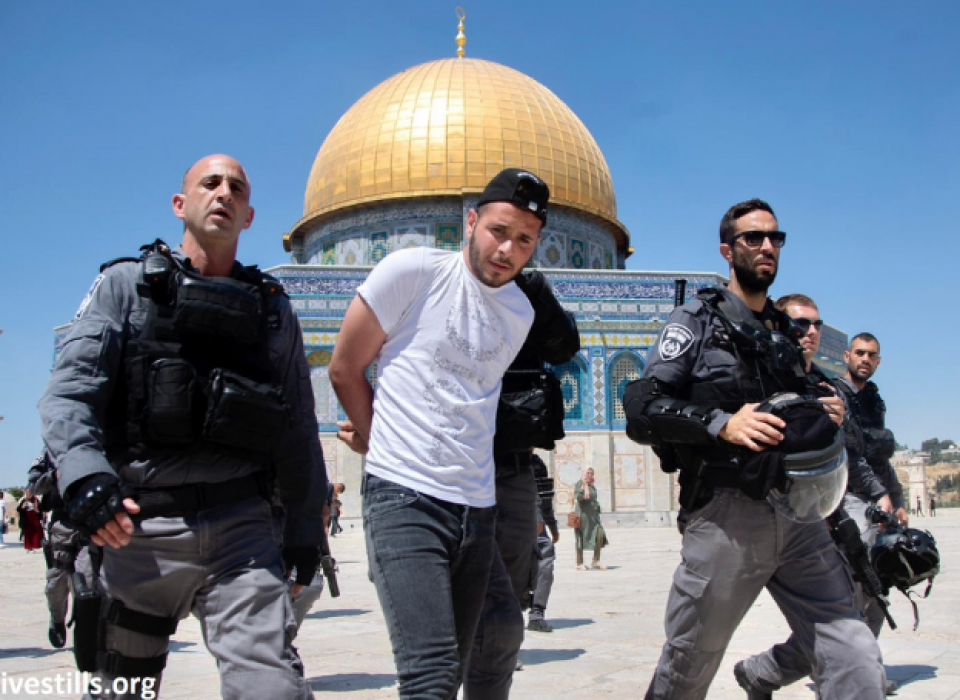 In truth, early Zionists have never tried to mask the religious identity of their colonial project.

“Zionism aims at establishing for the Jewish people a publicly and legally assured home in Palestine,” the Basel Program, adopted by the First Zionist Congress in 1897, stated.

Little has changed since then.

Israel is “the national state, not of all its citizens,
but only of the Jewish people,” Netanyahu said in March 2019.

In a self-congratulatory article published in the Atlantic in 2017, Yossi Klein Halevi describes Israeli behavior at the just-conquered holy Muslim shrines in Occupied East Jerusalem in 1967 as “an astonishing moment of religious restraint”.

“The Jewish people had just returned to its holiest site, from which it had been denied access for centuries, only to effectively yield sovereignty at its moment of triumph,” Halevi wrote with a lingering sense of pride, as if the world owes Israel a ton of gratitude in the way it conducted itself during one of the most egregious acts of violence in the modern history of the Middle East.

Halevi’s pompous discourse on Israel’s heightened sense of morality – compared to, according to his own analysis, the lack of Arab appreciation of Israel’s overtures and refusal to engage in peace talks – is not in any way unique. His is the same language recycled umpteen times by all Zionists, even by those who advocated for a Jewish state before it was established on the ruins of destroyed and ethnically cleansed Palestine.

From its nascent beginnings, the Zionist discourse was purposely confusing – disarranging history when necessary, and fabricating it when convenient. Though the resultant narrative on Israel’s inception and continuation as an exclusively Jewish state may appear confounding to honest readers of history, for Israel’s supporters – and certainly for the Zionists themselves – Israel, as an idea, makes perfect sense.

When Israel’s new National Security Minister Itamar Ben Gvir raided al-Aqsa Mosque on January 3 to re-introduce himself to Jewish extremists as the new face of Israeli politics, he was also taking the first steps in correcting, in his own perception, a historical injustice.

Like Halevi, and, in fact, most of Israel’s political classes, let alone mainstream intellectuals, Ben Gvir believes in the significance of Jerusalem and its holy shrines to the very future of their Jewish state. However, despite the general agreement on the power of the religious narrative in Israel, there are also marked differences.

What Halevi was bragging about in his piece in the Atlantic is this: soon after soldiers raised the Israeli flag, garnished with the Star of David, atop the Dome of the Rock they were ordered to take it down. They did so, supposedly, at the behest of then-Defense Minister Moshe Dayan, quoted in the piece as saying to the army unit commander: “Do you want to set the Middle East on fire?”

Eventually, Israel conquered all of Jerusalem. Since then, it has also done everything in its power to ethnically cleanse the city’s Palestinian Muslim and Christian inhabitants to ensure an absolute Jewish majority. What is taking place in Sheikh Jarrah and other Palestinian neighborhoods in Jerusalem is but a continuation of this old, sad episode.

However, the Haram al-Sharif Compound – where Al-Aqsa Mosque, Dome of the Rock and other Muslim shrines are located – was nominally administered by the Islamic Waqf authorities. By doing so, Israel managed to enforce the inaccurate notion that religious freedom is still respected in Jerusalem even after Israel’s so-called ‘unification’ of the city, which will remain, according to Israel’s official discourse, the “united, eternal capital of the Jewish people”.

The reality on the ground, however, has been largely dictated by the Ben-Gvirs of Israel who, for decades, have labored to erase the Muslim and Christian history, identity and, at times, even their ancient graveyards from the Occupied city. Al-Haram Al-Sharif is hardly a religious oasis for Muslims but the site of daily clashes, whereby Israeli soldiers and Jewish extremists routinely storm the holy shrines, leaving behind broken bones, blood and tears.

Despite American support of Israel, the international community has never accepted Israel’s version of falsified history. Though the Jewish spiritual connection to the city is always acknowledged – in fact, it has been respected by Arabs and Muslims since Caliph Umar ibn al-Khattab entered the city in 638 – Israel has been reminded by the United Nations, time and again, regarding the illegality of its Occupation and all related actions it carried out in the city since June of 1967.

But Ben Gvir and his Otzma Yehudit Party. like all of Israel’s major political forces, care little for international law, authentic history or Palestinians’ rights. However, their main point of contention regarding the proper course of action in Al-Aqsa is mostly internal. There are those who want to speed up the process of fully claiming Al-Aqsa as a Jewish site, and those who believe that such a move is untimely and, for now, unstrategic.

The former group, however, is winning the debate. Long marginalized at the periphery of Israeli politics, Israel’s religious parties are now inching closer to the center, which is affecting Israel’s priorities on how best to defeat the Palestinians.

Typical analyses attribute the rise of Israel’s religious constituencies to the desperation of Israeli Prime Minister Benjamin Netanyahu, who is arguably using the likes of Ben Gvir, Bezalel Smotrich and Aryeh Deri to stay in office. However, this assessment does not tell the whole story, as the power of religious parties has long preceded Netanyahu’s political and legal woes. The Zionist discourse has, itself, been shifting towards religious Zionism; this can be easily observed in the growing religious sentiment in Israel’s judicial system, among the rank and file of the army, in the Knesset (Parliament) and, more recently, in the government itself.

These ideological shifts have even led some to argue that Ben-Gvir and his supporters are angling for a ‘religious war’. But is Ben-Gvir the one introducing religious war to the Zionist discourse?

In truth, early Zionists have never tried to mask the religious identity of their colonial project. “Zionism aims at establishing for the Jewish people a publicly and legally assured home in Palestine,” the Basel Program, adopted by the First Zionist Congress in 1897, stated. Little has changed since then. Israel is “the national state, not of all its citizens, but only of the Jewish people,” Netanyahu said in March 2019.

So, if Israel’s founding ideology, political discourse, Jewish Nation State Law, every war, illegal settlement, bypass road and even the very Israeli flag and national anthem were all directly linked or appealed to religion and religious sentiments, then it is safe to argue that Israel has been engaged in a religious war against Palestinians since its inception.

The Zionists, whether ‘political Zionists’ like Theodore Hertzl or ‘Spiritual Zionists’ like Ahad Ha’am’ – and now Netanyahu and Ben Gvir – have all used the Jewish religion to achieve the same end, colonizing all historic Palestine and ethnically cleansing its native population. Sadly, major part of this sinister mission has been achieved, though Palestinians continue to resist with the same ferocity of their ancestors.

The historic truth is that Ben-Gvir’s behavior is only a natural outcome of Zionist thinking, formulated over a century ago. Indeed, for Zionists – religious, secular or, even atheists – the war has always been or, more accurately, had to be, a religious one.

- Ramzy Baroud is a journalist and the Editor of The Palestine Chronicle. He is the author of six books. His latest book, co-edited with Ilan Pappé, is “Our Vision for Liberation: Engaged Palestinian Leaders and Intellectuals Speak out”. Dr. Baroud is a Non-resident Senior Research Fellow at the Center for Islam and Global Affairs (CIGA). His website is www.ramzybaroud.net 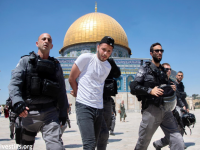