Israel's future is apartheid in a 'solution of the three classes' 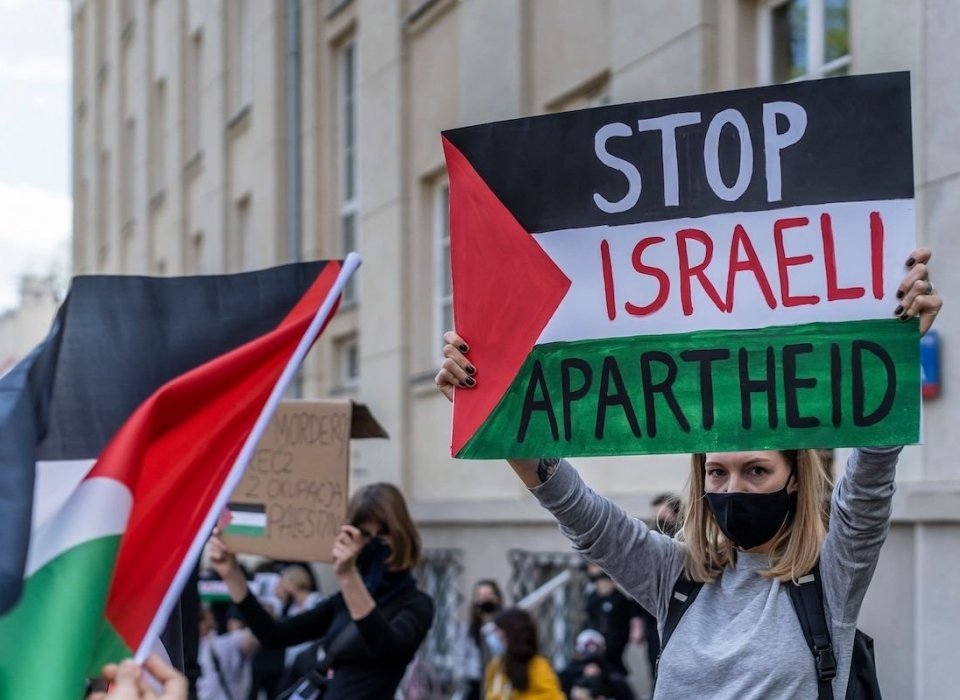 A participant holds up a sign reading "Stop Israeli Apartheid" during a protest in solidarity with the Palestinians called over the ongoing conflict with Israel in front of the Israeli embassy in Warsaw, 15 May 2021. [WOJTEK RADWANSKI/AFP via Getty Images]

Reading the reflections of one of Israel's most celebrated contemporary public intellectuals on the apparently never-ending occupation of Palestine, I was reminded of an old saying about the nature of truth. "All truth passes through three stages. First, it is ridiculed. Second, it is violently opposed. Third, it is accepted as being self-evident."

When the philosopher Arthur Schopenhauer made this observation some 170 years ago he had in mind historical figures like Galileo (1564-1642). The astronomer was persecuted for advocating the Copernican idea that the earth revolved around the sun and was not the centre of the universe. Though this idea was well known in the Muslim world, in Europe — where the authority of the church rested on a geocentric cosmic order with the church reflecting on earth its centrality to the universe — it triggered a fierce pushback.

In a not too dissimilar way, truth about Israel's occupation is passing through Schopenhauer's same three stages. Of course, we are not living in a time when opposition to the main doctrine upon which political and legal authority rests could see you hang, but that doesn't mean that liberal democracies are immune to gross overreaction when accepted truths are challenged and questioned. We only need to look at the response of several US states to Ben & Jerry's call for a peaceful boycott of settlements and companies in the Israeli-occupied Palestinian territories to recognise the centrality of the occupation state in American power circles, and the length to which elected officials will go to defend it, even if that means undermining the US Constitution regarding the right to free-speech.

Assuming all truth passes through the same three stages, looking at the current stage of Israel's occupation it's safe to presume that the truth and nature of its reality is coming to the end of the second phase. It's thus entering the third stage where the Zionist state's practice of apartheid is accepted as self-evident.

This optimistic view was reinforced by the recent intervention by acclaimed Israeli philosopher Yuval Noah Harari. The 45 year old, who has become something of a celebrity scholar and a Cassandra like figure warning about the threat to society posed by inequality and technology, is the author of a number of international bestsellers, including the 2011 Sapians: A Brief History of Humankind. His musing over the core questions about the future of Palestine comes as knowledge of Israeli apartheid has become mainstream following the publication of a number of reports by prominent human rights groups and the UN.

"Where do we go from here?" writes Harari contemplatively on the occasion of Yom Kippur. He is talking about the future of Israel and the "abandonment" of the two state-solution. With its central theme of atonement and repentance, Yom Kippur is the holiest day of the year in Judaism. "If not two states for two peoples, then what exactly is Israel's alternative vision? When we imagine the future, what exactly do we see there?"

Assuming that the most optimistic Israeli scenario will come true, and that it will be able to fulfil its vision in full, "What will it look like?" he asks. "Israel moved from a two-state solution to a three-class solution," pointing out that there is only one country between the Mediterranean Sea and the River Jordan. Although Harari does not mention the word apartheid he does explain that there are "three types of people" who live in territory controlled by Israel: "Jews, who will enjoy all the rights. Type A Arabs, who will have some of the rights. And Type B Arabs, who will have almost no rights."

Not only is this the reality today, but Harari also believes that judging by the voting pattern in the country, it seems that most Jews in Israel prefer it to stay this way forever. The lecturer at the Hebrew University in occupied Jerusalem argues that the solution of the three classes is not new and has been planned and implemented for decades with Israel unwilling to disclose its intention to the world. "Even today, when Israeli representatives give a public speech – say, at the UN General Assembly – they will not dare to speak openly about the solution of the three classes as a permanent solution. It just does not smell good."

In an insightful observation about the function of the Palestinian Authority in maintaining the political charade erected by Israel he says that it is a "unique creature" similar to "Aladdin's demon". His argument is that as far as the Israelis are concerned there is no Palestine and no PA. Israel, in their eyes, has full sovereignty over historic Palestine and the PA exists merely to absolve Israel of any blame. "When we have to shirk responsibility – for example the responsibility to vaccinate the Palestinian population against [Covid-19] – we just have to rub the lamp, and Shazam! Suddenly this creature [the PA] emerges in all its glory, removing all responsibility from us."

Urging Israelis to do some soul searching, he asks rhetorically: "Can we not admit that we are moving towards the solution of the three classes?" He explains: "That is, towards one country whose two million citizens are discriminated against in education, housing and policing, and whose millions more are not even eligible to vote in elections. One country, with three types of people. One country, where one type of people will always enjoy a preference for personal security, movement and employment."

The root of Israel's apparently never-ending occupation, argues Harari, stems from a worldview that puts "tribal loyalty" over all else. "Those who believe in the principle of tribal loyalty believe that the very demand for justice for those who are not members of the tribe is treason."

His final message could not be more startling: "So on this Yom Kippur, before memorising 'we have sinned, we have betrayed, we have robbed', we should first ask ourselves according to what moral principles we generally define guilt, betrayal and robbery. Do we think that Jews are superior people by nature, entitled to special privileges? Do we think that justice is sometimes more important than tribal loyalty, or that loyalty to the tribe is always superior to justice? And is there still a way to reconcile the value claim to justice with the tribal claim to fidelity, without having to choose between the two, and without the desire to do justice being considered in our places a betrayal?"

If Harari is right, then Israel is heading for a "solution of the three classes". The rest of the world will — many already do — call it apartheid, a serious crime under international law. The big question then will be, what is the world going to do about it? If experience to date is anything to go by, the answer will be, "Nothing whatsoever." 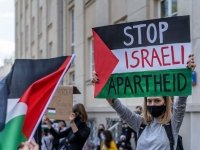