The Israeli political right was caught off guard by the surprising official figures presented on March 26 at the Knesset by a representative of the Civil Administration, the army unit coordinating the Israeli government’s activities in the occupied territories. The representative indicated that the number of Jews and Arabs living under Israeli control in the area between the Jordan River and the Mediterranean had reached parity at 6.5 million for each side. 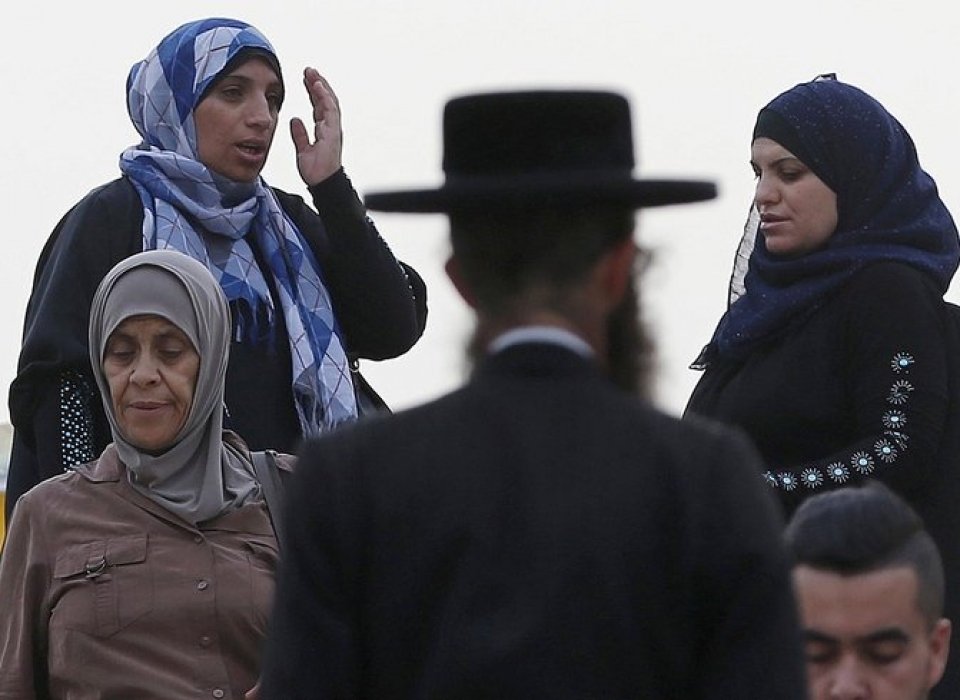 Over the years, the Zionist left kept warning about the prospect of a Jewish minority in Israel controlling a Palestinian majority, with only a small number of them enjoying full civil rights. Yet the Israeli right kept dismissing these warnings. It countered with imaginary data showing that some 3 million Palestinians live in Israel and the occupied territories, compared with 6.5 million Jews. However, from the moment the true numbers were communicated to the Knesset’s Foreign Affairs and Defense Committee with the new data last week by the Israel Defense Forces, the leadership of the political right can no longer argue that political bias is skewing the figures. It is now forced to confront the figures.

Nationalist elements, which oppose dividing the land between Israelis and Palestinians, suggest ensuring the country’s Jewish character by imposing sovereignty over all the Palestinians living in Israel and the occupied territories. This scenario would grant the Palestinians in the occupied territories individual rights, but not the right to vote for the Knesset. The non-Zionist left also proposes one state for both people, but insists on full equality for the Palestinians, including the right to vote and be elected to the Knesset. That would allow a future Palestinian Arab majority to override Israel’s unique Jewish nature, especially when it comes to encouraging Jewish immigration, strengthening the state’s ties with diaspora Jewry and even amending the Law of Return that currently enables all Jews to obtain citizenship if they move to Israel.

For over 80 years, since the British government’s Peel Commission recommended the establishment of two separate states in 1937, the Jewish majority in Israel has favored a division of the land in order to guarantee both a Jewish and democratic state. Publication of the demographic parity between the two people is confronting this camp with a decisive moment, perhaps sooner than expected. The “peace camp” would prefer the option adopted by late Prime Minister Yitzhak Rabin of an agreement with the Palestinians on dividing the land. The so-called “national camp” would opt for the path taken by late Prime Minister Ariel Sharon of avoiding dialogue with the Palestinian leadership and withdrawing unilaterally from occupied territories, perhaps to the line of the separation wall he began building as leader of the right-wing Likud Party at the turn of the century.

Demographics are the underpinning of the story of Israel. When Theodor Herzl wrote his 1896 treatise titled “The Jewish State” (“Der Judenstaat”), he envisioned an orderly mass Jewish move from Europe to the sparsely populated Land of Israel (or to Argentina, as a fallback option). He believed that one of the powers that ruled Palestine in the 19th and 20th centuries — whether Germany, Britain or the Ottoman Empire — would grant the Jews the right to live there, and with that in mind, he courted the German Kaiser, Turkish Sultan and the British government.

Herzl’s vision stemmed from his analysis that Jews such as himself had failed in their attempts to integrate in Europe and were under a growing threat of violence. In 1917, the British Empire expressed willingness to enable the establishment of a national home for the Jews in Palestine.

This seemed like a rare opportunity for the Zionist movement: The British government, mostly, was pro-Zionist. Its religious Christian members, such as Foreign Secretary Lord Arthur Balfour, believed this gesture would prompt American Jewry to pressure US President Woodrow Wilson to play a significant role in World War I. The Zionist leaders could have presumably asked Britain for permission to establish an independent state, but it never occurred to them for the simple reason that, at the time, the Jews in Palestine only numbered in the tens of thousands, whereas Arabs constituted the majority.

The thinking was that the British would throw open the gates of Palestine, allowing European Jewish immigration that would eventually result in a Jewish majority, at which time a state would be declared. Both the Zionist left and right espoused the view that this future state would cover all the western part of the Land of Israel and some of the Jordan River’s eastern bank.

That hope was not realized due to sweeping Arab rejection of Jewish sovereignty, British fears of clashes between Jews and Arabs over the growing Jewish immigration from Europe, and also because most Jews who did leave Europe at the time opted for life in America rather than in impoverished Palestine. Thus, the Zionist left accepted the Peel Commission’s recommendation to split in two the western part of the Land of Israel. The right rejected the idea, preferring continued British rule until such time as the necessary Jewish majority could be achieved to form an independent state.

Ten years on, despite the horrors of the Holocaust, that same dichotomy between left and right was to re-emerge. The Zionist left, led by David Ben-Gurion (later Israel’s first prime minister), supported the UN’s 1947 Partition Resolution calling for a two-state solution. The Zionist right, led by such figures as future Israeli Prime Minister Menachem Begin, preferred continued British rule in order to enable the creation of a Jewish majority throughout the Land of Israel, all the way to the Jordan River and beyond. This time, too, the suggestion came up against staunch Arab opposition, but the State of Israel was established, nonetheless, and its 1948 war of independence expanded the boundaries delineated by the UN. At no point did anyone suggest the establishment of a widely spread state governed by a Jewish minority.

With the official military announcement of Jewish-Arab parity between the Jordan River and the Mediterranean Sea, Israel is facing the historic decision it has been trying to postpone or repress. Israel is far from being an apartheid state currently, but if it opts for minority rule of an Arab majority, it will have no choice but to adopt apartheid methods. Precluding this option would spell the end of the Zionist idea: Israel will turn into a Palestinian state, probably a nondemocratic one, with a Jewish minority.

A decision to divide the land in order to ensure its continued Jewish and democratic nature would best be carried out through an imperfect agreement, based on Israel’s 1967 borders, implementing the UN’s Partition Resolution — this time with Palestinian approval. Barring that option, a unilateral withdrawal such as the 2005 Israeli pullout from the Gaza Strip would also be preferable to preserving the status quo.

Dr. Yossi Beilin served in various positions in the Knesset and in Israeli government posts, the last of which was justice and religious affairs minister. After resigning from Israeli Labor, Beilin headed the Meretz Party. Among other things, he initiated the Oslo process, the Beilin-Abu Mazen agreement, the Geneva Initiative and the Birthright project. 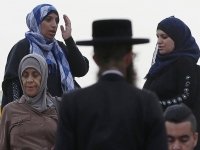