In Nicaragua With Christ in Peace … 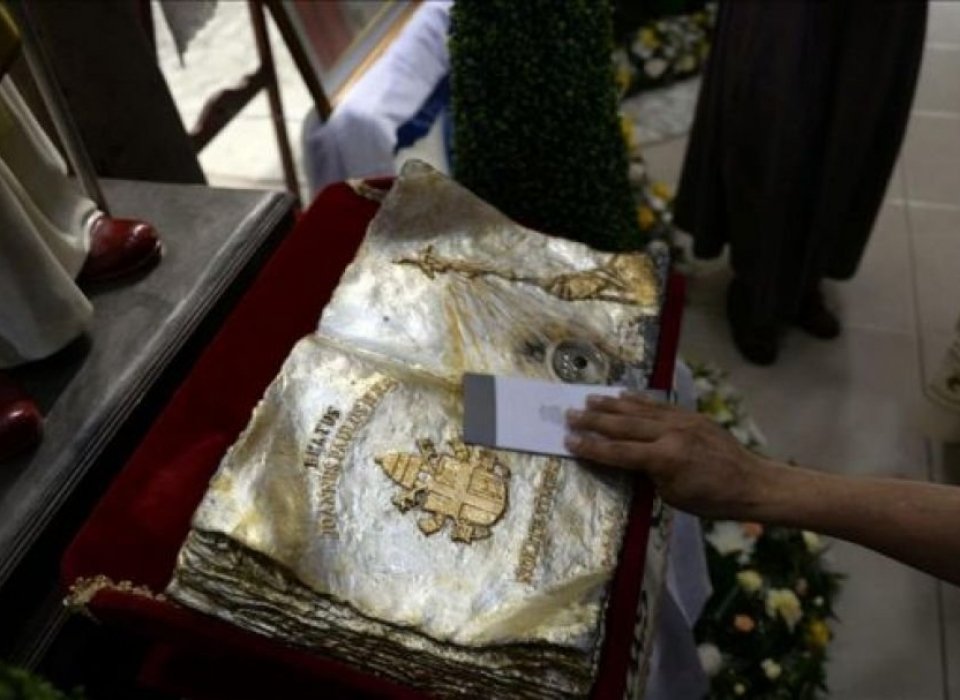 A woman prays in front of a relic which contains non coagulated blood of late Pope John Paul II at Metropolitan Cathedral in Managua, Nicaragua, 12 May 2015. A crowd of believers gathered to revere the relic after its arrival to the country. EFE/Mario Lopez

Upon stepping on the Nicaraguan soil, my first grateful thought goes to God, who leads me to visit this land of lakes and volcanoes, and above all the noble people of a land, so rich in faith and Christian traditions.

My greeting is extended with great affection to all the people of Nicaragua. Not only those who have been able to come to find me or are listening to me at this moment in different ways; not only those whom I will meet in León or Managua during these hours of permanence among you that I would like to prolong but especially the thousands and thousands of Nicaraguans who have not found the possibility of going - as they would have liked - to meeting places; to those who cannot do it because of the distances or their occupations; those who retain work commitments; the sick, the elderly and children; to those who have suffered or suffer because of the violence - from whatever part it comes -; to the victims of injustices and to those who render their service to the good of the nation.

He brings me to Nicaragua a mission of a religious nature; I come as a messenger of peace; as encouraging hope; as a servant of the faith, to corroborate the faithful in their fidelity to Christ and his Church; to encourage them with a word of love, that fills the spirits with feelings of brotherhood and reconciliation.

In the name of the One who for love gave his life for the liberation and redemption of all men, I would like to give my contribution so that the sufferings of innocent peoples in this area of ​​the world may cease; to end bloody conflicts, hatred and sterile accusations, leaving room for genuine dialogue. A dialogue that is a concrete and generous offer of a meeting of good wills and no possible justification to continue promoting divisions and violence.

I also come to launch a call for peace towards those, inside or outside this geographical area - wherever they may be - who in one way or another favor ideological, economic or military tensions that impede the free development of these peace-loving peoples, of fraternity and true spiritual, social, civil and democratic human progress. 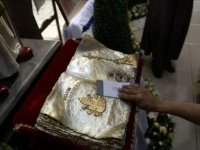