While the US administration of President Donald Trump remains adamant in its support for Israel, the traditional democratic leadership continues to employ underhanded language, the kind of ‘strategic ambiguity’ that offers full support to Israel and nothing but lip service to Palestine and peace. 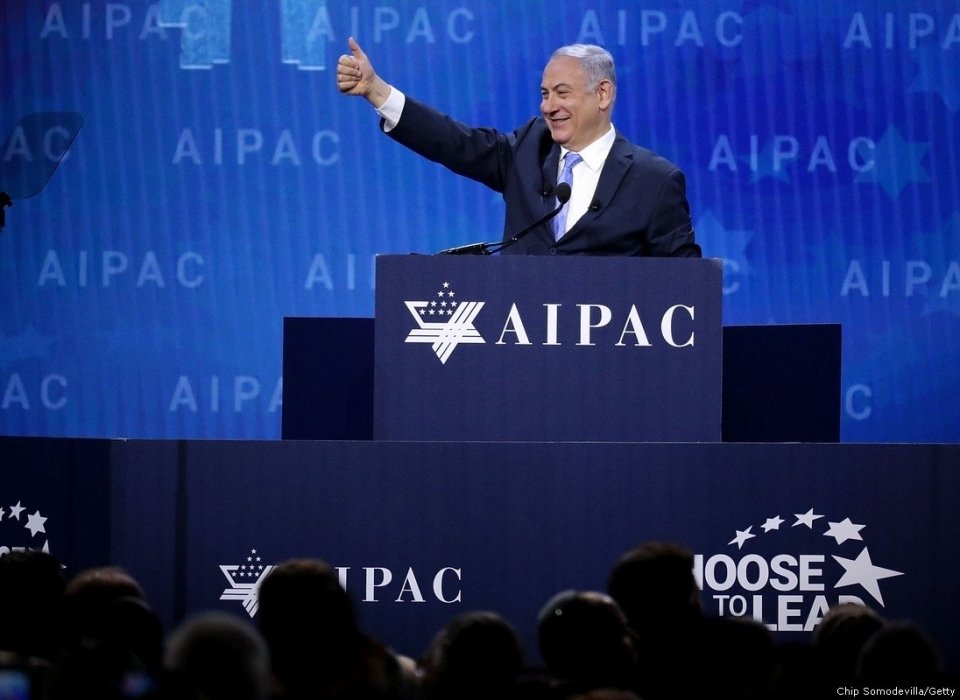 Trump’s policies on Israel and Palestine have been damaging, culminating in the outrageously unfair ‘Deal of the Century’, and his administration remains largely committed to the trend of growing affinity between the Republican establishment and the Israeli right-wing camp of Prime Minister Benjamin Netanyahu.

The views of the Democratic leadership, represented in the presumptive Democratic challenger in the upcoming November election, Joe Biden, are still those of a bygone era, when the Democrats’ unconditional love for Israel equaled that of Republicans. It is safe to say that those days are drawing to an end, for successive opinion polls are reaffirming the changing political landscape in Washington.

Once upon a time, America’s political elite, whose politics diverged on many issues, wholeheartedly agreed on one single foreign policy matter: their country’s blind and unconditional love and support for Israel. In those days, the influential pro-Israel lobby group, the American Israel Public Affairs Committee (AIPAC) ruled the roost, reigning supreme in the US Congress and, almost single-handedly, decided on the fate of Congressmen and women based on their support, or lack thereof, of Israel.

While it is too early to proclaim that ‘those days are over,’ judging by the vastly changing political discourse on Palestine and Israel, the many opinion polls, and the electoral successes of anti-Israeli occupation candidates in national and local elections, one is compelled to say that AIPAC’s tight grip on US foreign policy is finally loosening.

Such a statement may seem premature considering the current administration’s unparalleled bias towards Israel – the illegal US embassy move from Tel Aviv to Jerusalem, the dismissal of the ‘Right of Return’ for Palestinian Refugees, and the administration’s support of the Israeli plan to illegally annex parts of the West Bank, and so on.

However, a distinction must be made between support for Israel among the ruling, the increasingly isolated clique of politicians, and the general mood of a country that, despite numerous infringements on democracy in recent years, is still, somewhat democratic.

On June 25, a whopping number of nearly 200 Democratic House members, including some of the most staunch supporters of Israel, called, in a letter, on Netanyahu and other top Israeli officials to scrap their plan to illegally annex nearly 30 percent of the West Bank.

“We express our deep concern with the stated intention to move ahead with any unilateral annexation of West Bank territory, and we urge your government to reconsider plans to do so,” the letter said, in part.

While the wording of the letter was far from being dubbed ‘threatening’, the fact that it was signed by stalwart Israeli allies, such as Florida Congressman, Ted Deutch and Illinois Congressman, Brad Schneider, speaks volumes about the shifting discourse on Israel among the center and even conservative corners of the Democratic Party. Among the signers were also prominent figures in the Democratic establishment, like Congresswoman Debbie Wasserman Schultz and House Majority Leader, Steny Hoyer.

Equally important, is that the influence of the younger and more progressive generation of Democratic politicians continues to push the boundaries of the party’s discourse on Israel, thanks to the tireless work of Rep. Alexandria Ocasio-Cortez and her colleagues. Along with a dozen Democratic lawmakers, Ocasio-Cortez issued another letter on June 30, this time addressed to US Secretary of State, Mike Pompeo.

Unlike the first letter, the second one was assertive and markedly daring. “Should the Israeli government continue down this path (of annexation), we will work to ensure non-recognition of annexed territories as well as pursue legislation that conditions the $3.8 billion in US military funding to Israel to ensure US taxpayers are not supporting annexation in any way,” the letter read, in part.

Imagine if this exact wording was used by Democratic representatives in July 1980, when the Israeli Parliament unlawfully annexed East Jerusalem in an action that was – and remains – contrary to international law. The fate of these politicians would have been similar to the fate of others who dared to speak out at the risk of losing their seats in Congress; in fact, their political careers altogether.

But times have changed. It is quite unusual, and refreshing, to see AIPAC scrambling to put out the many fires ignited by the new radical voices among Democrats.

The reason that it is no longer easy for the pro-Israel lobby to maintain its decades-long hegemony over Congress is that the likes of Ocasio-Cortez are, themselves, a byproduct of the generational and, likely, irreversible change that has taken place among Democrats over the years.

US Congresswoman Alexandria Ocasio-Cortez in Texas, US on 10 March 2019 [nrkbeta/Flickr]

The trend of polarization of American public opinion regarding Israel goes back nearly twenty years, when Americans began viewing their support for Israel based on party lines. More recent polls suggest that this polarization is growing. A Pew opinion poll published in 2016 showed that sympathy for Israel among Republicans morphed to an unprecedented 74% while falling among Democrats to 33%.

Then, for the first time in history, support for Israel and Palestinians was almost equally split among Democrats; 33% and 31% respectively. This was a period in which we began seeing such unusual mainstream news headlines as, “Why Democrats are abandoning Israel?”

This ‘abandonment’ continued unabated, as more recent polls have indicated. In January 2018, another Pew survey showed that the Democrats’ support for Israel dwindled to reach 27%.

Not only are the rank-and-file of Democrats walking away from Israel as a result of the growing awareness of Israel’s relentless crimes and violent occupation in Palestine, young Jews are also doing the same.

The changing views on Israel among young American Jews are finally paying dividends, to the extent that, in April 2019, Pew data concluded that Jewish Americans, as a whole, are now far more likely (42%) than Christians to say that President Trump was “favoring the Israelis too much.”

While many Democrats in Congress are increasingly in touch with the views of their constituencies, those at the helm, such as Biden, remain stubbornly committed to agendas that are championed by AIPAC and the rest of the old guard.

The good news from Washington is that, despite Trump’s current support for Israel, an incremental, but lasting structural change continues to take place among Democratic Party supporters everywhere and throughout the country. More sobering news is that Israel’s traditional stronghold over the country’s Jewish communities is faltering – and quickly so.

While AIPAC is likely to continue using and improvising on old tactics to protect Israel’s interests at the US Congress, the long-dubbed ‘powerful lobby’ will unlikely be able to turn back time. Indeed, the age of total dominance of Israel over the US Congress is likely over, and hopefully, this time, for good. 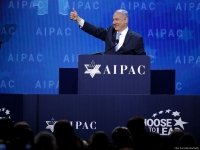