A tale of two stories 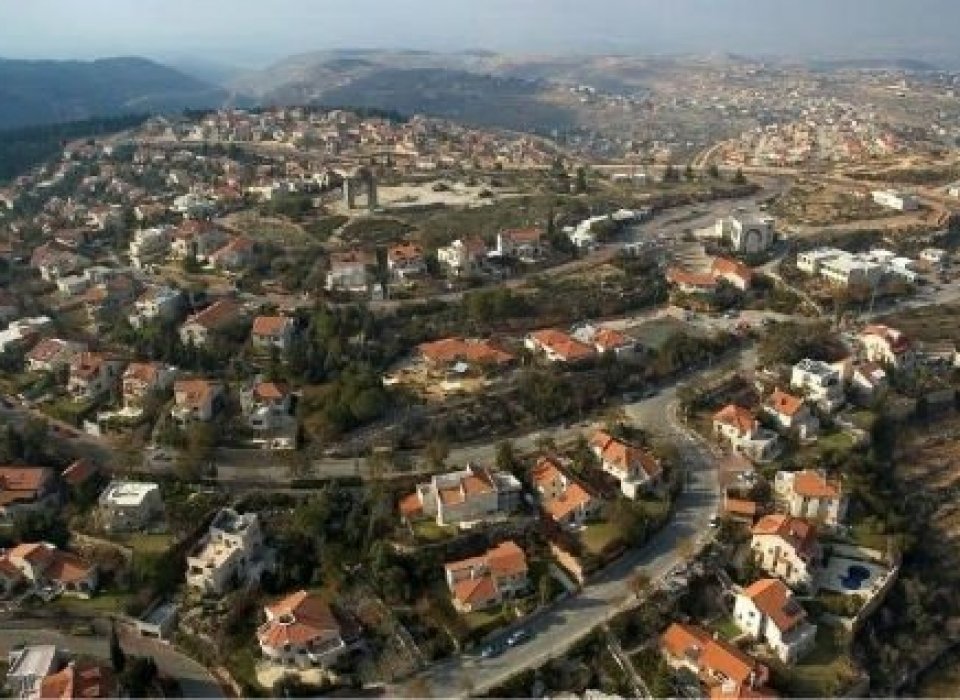 The suburban Jewish settlement of Har Adar. It looks “very orderly from above”. Photo by Reuters.

All Israel was shocked. How could this happen? A good Arab like this? An Arab with permits? Why would he do such a thing in a place where he was well liked and well treated? Where he played with the children? And that after he was thoroughly vetted by the Security Service, which has innumerable Arab spies and is considered well-nigh infallible?

Something extraordinary must have happened. Someone must have incited him against the Jews and the nice people of Har Adar, who had treated him so well. Perhaps the UN speech by Mahmoud Abbas. Or perhaps some secret contacts with Hamas. “Incitement!” cried Binyamin Netanyahu.

But then another fact emerged, which explained everything. The man had quarrelled with his wife. He had beaten her up, and she had escaped to her family in Jordan, leaving the four children behind.

So, obviously, he had become temporarily unhinged. In a state of mental derangement he had forgotten the kindness of the Har Adar people. Just a unique case, that need not trouble us further.

But it all shows that you can’t trust the Arabs. They are a bunch of murderers. You cannot make peace with them until they change completely. So we must keep the occupied territories.

THAT IS the story. But there is another story, too. The story as seen by the man himself. From his home in neighbouring Beit Surik, the man – whose name was, by the way, Nimr (“leopard”) Mahmoud Ahmed al-Jamal – could see Har Adar from his home every day when he woke up.For him, as for every Arab, it was a flourishing Jewish settlement, built on expropriated Arab land. Like his own village, it belonged to the Palestinian West Bank which is occupied territory.

He had to get up in the darkness of the night in order to get to Har Adar on time – 7.00 o’clock in the morning – and work hard until late in the night, arriving home at about 10 o’clock. This is the lot of tens of thousands of Arab labourers. They may look friendly, especially when their livelihood depends on it. They may even be really friendly to benevolent masters. But deep in their hearts they cannot forget for a moment that they are cleaning the toilets of the Jews who came to Arab Palestine and occupied their homeland.

Since most of the agricultural land of their villages has been expropriated for Jewish settlements, they have no choice but to work in these low-status jobs. There is no industry to speak of in the West Bank. Wages are minimal, often below the legal minimum wage in Israel proper (some 1500 dollars per month). Since they have no choice, they are not far from being slaves. Like the nice slaves in “Gone with the Wind”.

The Palestinian town of Beit Surik, a stone’s throw from the wealthy Jewish settlement of Har Adar. Wikipedia photo.

Such a man may be at peace with this reality, but if something bad happens, he may suddenly become upset with his status and decide to become a martyr. Nimr left behind a letter in which he defended his wife and absolved her from any responsibility for the deed he had planned for the next day.

SO THESE are the two stories, which have very little in common. The people of Har Adar are completely shocked. Since they live 20 minutes drive from Jerusalem, they do not consider themselves settlers at all, but Israelis like any other. They don’t really see the Arabs all around them as people like themselves, but as primitive natives.

The Har Adar people are not like the fanatical, religious and nearly fascist people in some settlements. Far from it. Har Adar people vote for all parties, including Meretz, the left-wing Zionist party which advocates the return of the occupied territories to the Palestinians. This is not seen as including Har Adar, of course, since there is a consensus among Zionists, right and left, that the settlements close to the Green Line should be annexed to Israel. Israeli soldiers guard near the scene where a Palestinian gunman killed three Israelis and wounded a fourth in an attack on Har Adar before himself being shot dead, September 26, 2017. Photo by Reuters.

Har Adar people can rightly be proud of their achievements. From the air, the place looks very orderly. It has 3,858 inhabitants. Their average income is about 5000 dollars a month, well over the national Israeli average (some 3000 dollars). Their local council is the third most efficient in the entire country.

Located in the mountainous area around Jerusalem, it has a beautiful landscape. It also has man-made amenities: a library, a youth club, a skate-park and an amphitheatre that seats 720 people. Even for an average Israeli, this is paradise. For the Arabs around, who cannot enter without a special permit, it is a perpetual reminder of their national disaster.

Of course, like other settlements, Har Adar is not located on land that was empty. It occupies the location on which stood a village called Hirbat Nijam, a village which already stood there in Persian-Hellenistic times, some 2,500 years ago. Like most Palestinian villages, they were Canaanite, then Judean, then Hellenist, then Byzantine, then Muslim, then crusader, then Mameluk, then Ottoman, then Palestinian – without the population ever changing. Until 1967.

WHEN NIMR was born, all this long history was long forgotten. What remained was the reality of the Israeli occupation.

This now looks like the normal state of things. The members of Har Adar are happy, feeling secure and well guarded by the efficient Security Service, the Border Guard and local mercenaries, mostly Arab citizens of Israel. Neighbours like Nimr seem content, and probably are, if they are lucky enough to have a job and a work permit, even with pitiful wages. The historical grudge lies deeply buried within their consciousness.

And then something happens, something that may be quite irrelevant – like the escape of his wife to Jordan – to bring it all up. Nimr the lowly labourer suddenly becomes Nimr the freedom-fighter, Nimr the martyr on his way to paradise. All his village respects his sacrifice and his family.

Israelis are furious that the families of “martyrs” are paid an allowance by the Palestinian Authority. Binyamin Netanyahu accuses Mahmoud Abbas (Abu Mazen) of incitement to murder with these payments. But it is quite impossible for Abbas to annul them – the outraged reaction of his people would be tremendous. Martyrs are holy, their families respected.

THE DAY after Nimr’s dastardly terrorist act and/or heroic martyrdom, a grandiose national ceremony took place in another settlement. All the country’s major dignitaries, led by the President and the Prime Minister, assembled to commemorate the 50th anniversary of “our return to our homeland, Judea and Samaria, the Jordan Valley and the Golan Heights”.

Missing in the list is the Gaza Strip, which Israel has left, leaving behind a tight land and sea blockade aided by Egypt. In the Strip there are about two million Palestinians. Who the hell wants them?

All hell broke loose when the President of the Supreme Court, who was supposed to send a judge to represent the court at this ceremony, cancelled her attendance because of the highly propagandist style of the event. She decided that this is party propaganda, in which her court would not take part.

ALTOGETHER, NOT a day of quiet in this country, a state without borders and without a constitution, where every story has two totally different sides, where nice and quiet people suddenly become raging martyrs.

There will be no quiet until there is peace, with each of the two peoples living in their own state, a situation where real friendship has a chance of blooming. 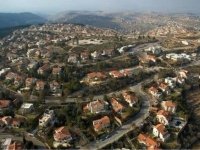