Gaza will always remain a fortress of dignity

While the whole world is busy dealing with the case of assassinated journalist Jamal Khashoggi, and after the announcement of an internationally-mediated cease-fire between Israel and Hamas, a surprise security operation was carried out by a group of elite forces in the Zionist enemy army under the cover of darkness in Khan Yunis, southern Gaza. 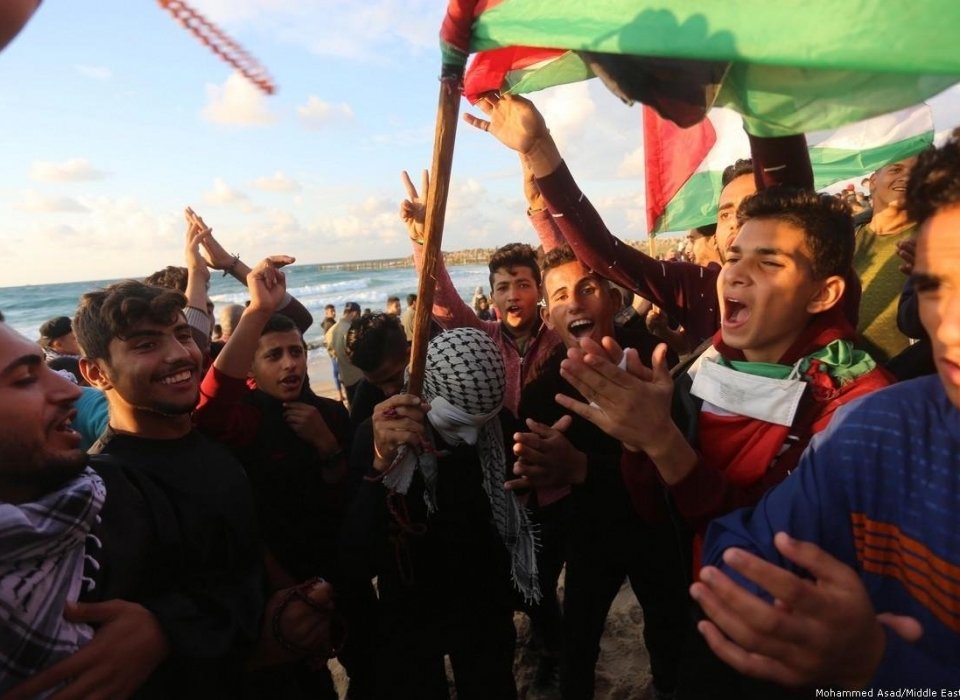 The operation aimed to abduct two prominent leaders of Izz ad-Din Al-Qassam Brigades from the heart of the besieged Gaza Strip. As is common in such operations – which they carry out with extreme professionalism – the Zionist elite forces had used a civilian bus as camouflage and some of the soldiers had worn women’s clothing, under which they had hidden lethal attack weapons.

Nevertheless, the vigilance of the strong resistance men – who figured them out from the very beginning and followed their movements – thwarted their plan and caught them in the trap the resistance forces had prepared with extreme cleverness and high professionalism. The elite forces thus became surrounded, prompting the Zionist army to intervene to contain the situation and rescue the special group from the hands of the resistance combatants.

Aircraft intensified their attacks to provide cover for the fleeing force, leading to the martyrdom of six resistance combatants. Field leader Noureddine Baraka – said to have been one of the combatants targeted to be kidnapped in the operation – was also killed, having arrived at the location to assess the situation. Meanwhile, the courageous heroes of the resistance managed to inflict heavy losses among the ranks of the attacking unit, killing a senior officer and injuring others, who fled like rats under the protection of Israeli aircraft.

In order to cover up its catastrophic failure, save its reputation and confirm the famous saying that it is “invincible,” the Zionist army resorted to a new round of escalation in Gaza.  It launched continuous raids and heavy attacks on the already-besieged Strip, entering into military confrontation with the resistance. As it used to do, it resorted to the most cowardly and villainous methods – targeting civilian sites. It also wanted to silence the voice of the media for exposing its failures, so bombed Al Aqsa TV. The battle was on the verge of spiralling out of control and turning into a comprehensive war, which neither side wants to go through.

During two days of intense escalation by the Zionist enemy, the resistance confronted it with all its factions through a joint operations room. Its strong men fought with great courage and the resistance it proved its readiness for any unexpected attack. It also proved the illusion of the Iron Dome, since neither the dome nor the iron protected the enemy from the missiles fired on them like rain. The Iron Dome repelled only 100 out of 400 missiles. How, then, will they be able to sell this dome in the arms market after the uncovering of its failure before the world?

It can be argued that the resistance was easily able to change the rules of the game and that it now has a strategy of deterrence. It has managed the situation with great restraint, especially in the messages it sent to the Zionist leadership warning them that, if the army continued to bomb civilian targets, this would lead to a large Palestinian counterattack. The resistance has also compelled the Zionists to stay in their shelters. The most dangerous warning message came when the resistance targeted a bus transporting army soldiers with a guided missile after the bus offloaded the soldiers. This avoided casualties, which would have turned the military confrontation into the all-out war both sides tried so desperately to avoid.

However, those who are driven by their innate hostility to the Zionist entity occupying the land of Palestine criticised the resistance because it did not bomb the bus when the forty soldiers were inside. Some have even whined over the Granit missile the resistance lost with no material results. This is short-sighted and those of this opinion have not yet understood the strategy of deterrence and what it actually means.

We are not in a decisive war that will resolve the conflict. Rather, we are in one of its rounds. Whether we like it or not the conflict will be ended by a truce – or, let us say, a stabilisation of the truce – between the belligerent parties. Each party wants to improve its conditions and even impose its conditions on the other. This is what has happened with Hamas. Zionists were quick to ask for a truce. The only reason behind this request was that the Zionist foe realised the balance of power was not in its favour and that the Palestinian resistance now has the same deterrent power the Zionists used to consider a source of pride. A microscope caption of the Zionist Defence Minister from a sniper’s rifle can forward a straight message with unequivocal clarity: “we are able to reach you wherever you are, if we want to, or if you decide to assassinate one of our leaders”.  Hamas has succeeded in imposing its word and the Zionist enemy is in a state of confusion and agitation, faced with the extent of power and resilience managed by the resistance.

The Zionist enemy sought a truce when it felt its massive losses and cracked internal front, which was followed by the resignation of the Zionist Defence Minister Avigdor Lieberman. Meanwhile the masses in Gaza, even those whose houses were bombarded and their children martyred, went out cheering and rejoicing for the crushing victory. This is the difference between the original offspring of the land and the son of those who came from all over the world to take over others’ homeland.

It also wanted to prove its superiority and ability to penetrate Hamas, yet the movement’s response proved that it has a great deal of strength, stability and organisation in the face of any possible escalation. Hamas does not feel pressure to rush into a truce agreement as was hoped.

The Zionist enemy was surprised by the reaction of the resistance, which has shaken the occupation entity. The former Israeli Prime Minister and Defence Minister, Ehud Barak, admitted that Hamas had imposed its conditions and that Israel had become submissive to Hamas’ decisions, not only because of the number of sudden rockets dropped on occupied lands, but because of the Kornet missiles that broke the rules of the game and disrupted Israel’s preventive strategy. Barak’s stance was supported by Ehud Yaari, the Zionist expert on Middle Eastern affairs. Yaari saw the demand made by Hamas’ political bureau member Hossam Badran to Israeli Prime Minister Benjamin Netanyahu – “to isolate Lieberman” if the latter wanted to end the confrontation – as a call that reflected the confidence of the Palestinian resistance in the impact of such strife.

Thanks to Allah’s generosity, Gaza won and defeated the Zionist Arabs before vanquishing the Zionist aggressor. Gaza overpowered the Arab conspirators and traitors.

Gaza is the only place in the Arab region facing the Zionist enemy with all its might and pride. Gaza terrifies and humiliates the Zionist entity, despite the siege and desperate attempts to starve Gazans, in addition to the conspiracies of Zionist Arabs who seem more eager to destroy Gaza than the Israeli Zionists themselves. Yet Gaza is proud to embrace the Palestinian resistance and the protection provided by Hamas to its population. Instead, Hamas knocked down and humiliated the Zionists with its legendary steadfastness throughout these long years. It also exposed the shameless Zionist Arab rulers, who are terrified of the resistance missiles fired at the Zionist enemy, under whose custody they submissively hide and with whom they disgracefully race to normalise.

The sympathy of all the Arabs with Gaza and their support for the victory of the resistance is a significant emotional participation that sends an important message that Palestine is still at the heart of every Arab person, running like blood in his veins. This did not however go beyond posts on social media platforms, since oppressive regimes have banned such demonstrations that used to take place in the past.  Yet it is a unique and unending love. The Arab regimes’ previous attempts to reduce Arab awareness of the Palestinian cause and twist facts – making Hamas the foe and the Zionist entity the friend – have indeed failed.  Palestine is still the essential cause for the Arab citizen and the Zionist entity is still the eternal enemy of the nation.

Gaza is defending the dignity of an entire nation; a nation that was the best nation brought to the world and still pays the costs of its resilience with its children’s blood. Today, Gaza is the last stronghold of resistance in the nation and tomorrow will be the core symbol of victory and the liberation of Palestine, by God’s will and by Gaza’s brave and righteous men. They will conquer their enemy, ignoring the ones who failed Palestine.

In conclusion, there is nothing more beautiful than the words of the late poet Mahmoud Darwish about Gaza:

Gaza has no horses, no planes, no magic sticks, and no offices in capitals. Gaza liberates itself from our traits, our language and its invaders all at the same time, and when we meet with Gaza in the same dream, perhaps it will not recognize us; because Gaza was born with fire inside and we were born waiting and crying over wrecked homes 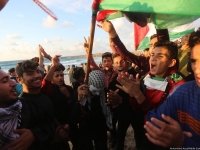