Brussels: The European Union has rejected US President Donald Trump's proposal for securing peace in the Middle East and expressed concern about Israel's plans to annex more Palestinian land. 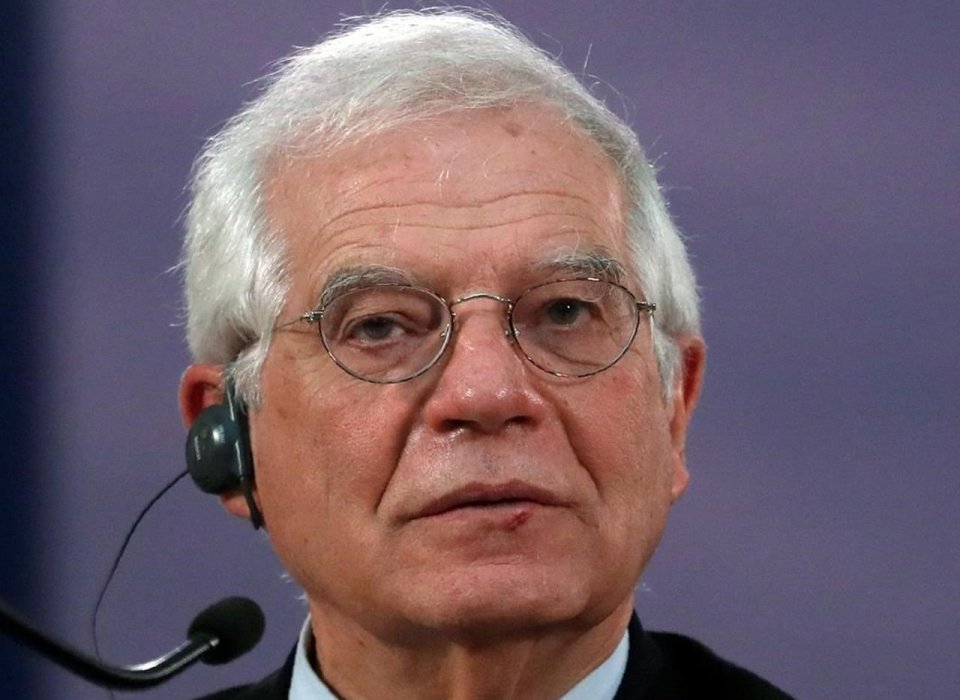 Trump's plan, which was unveiled last week, would foresee the eventual creation of a Palestinian state, but it falls far short of minimal Palestinian demands and would leave sizable chunks of the occupied West Bank in Israeli hands.

In a statement, EU foreign policy chief Josep Borrell underlined the bloc's commitment to a two-state solution, based along the 1967 lines, with the possibility of mutually agreed land-swaps, made up of the state of Israel and "an independent, democratic, contiguous, sovereign and viable state of Palestine."

Borrell said the US initiative "departs from these internationally agreed parameters."

"To build a just and lasting peace, the unresolved final status issues must be decided through direct negotiations between both parties," Borrell said. "This includes notably the issues related to borders, the status of Jerusalem, security and the refugee question."

Trump's plan was welcomed by Israeli Prime Minister Benjamin Netanyahu, but Palestinian President Mahmoud Abbas has dismissed it as "nonsense". Gulf Arab states also rejected the White House plan as "biased". While Israeli officials were present for its unveiling, no Palestinian representatives attended. 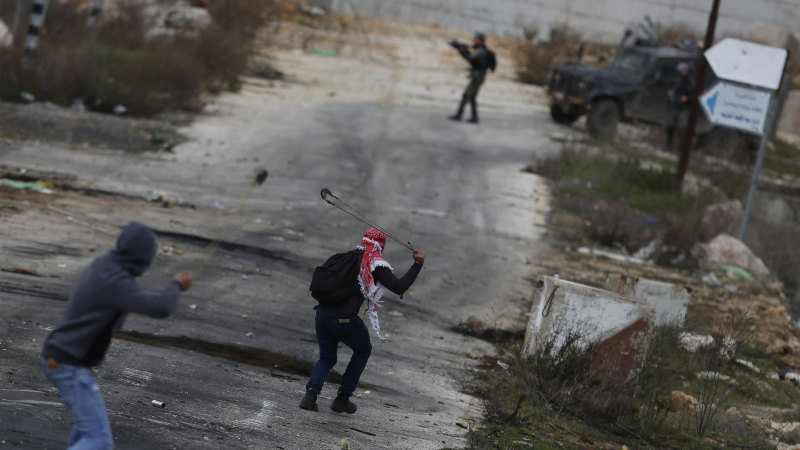 Palestinian demonstrators throw stones during clashes with Israeli security forces as they protest the Trump Middle East peace plan at Beit El checkpoint, near the West Bank city of Ramallah.CREDIT:AP

Netanyahu has said he wants to move forward with plans to annex West Bank territory.

"We are especially concerned by statements on the prospect of annexation of the Jordan Valley and other parts of the West Bank," Borrell said.

He suggested that the EU might consider legal action by saying that any "steps towards annexation, if implemented, could not pass unchallenged."

The Palestinians seek all of the West Bank and east Jerusalem for an independent state and the removal of more than 700,000 Israeli settlers from these areas. The areas were captured by Israel in the 1967 Middle East war.

But the plan sides heavily with Netanyahu's hard-line nationalist vision for the region and shunts aside many of the Palestinians' core demands.

Israeli Foreign Ministry spokesman Lior Haiat said it was "regrettable" that Borrell was using "threatening language" toward the country so soon after taking up his post and so shortly after meeting with leaders in Iran.

"Pursuing such policies & conduct is the best way to ensure that the EU's role in any process will be minimised," Haiat said in a tweet.

EU foreign ministers have discussed in recent months whether the bloc should modify its Middle East policy amid growing concern that settlement activity and US diplomatic moves like the recognition of Jerusalem as Israel's capital, are undermining the chances of a two-state solution.

Ireland and Luxembourg are among a small group of countries that support a change of position but no heavyweight member country is backing them.

In a letter to Borrell, Luxembourg Foreign Minister Jean Asselborn wrote that hopes for a two-state solution were "being dismantled piece by piece, day after day," and that it was time to consider recognising Palestine as a state.

Borrell has noted that member countries are "very much divided" over how to handle Middle East peace moves. In Tuesday's statement, he also underlined the EU's "fundamental commitment to the security of Israel."