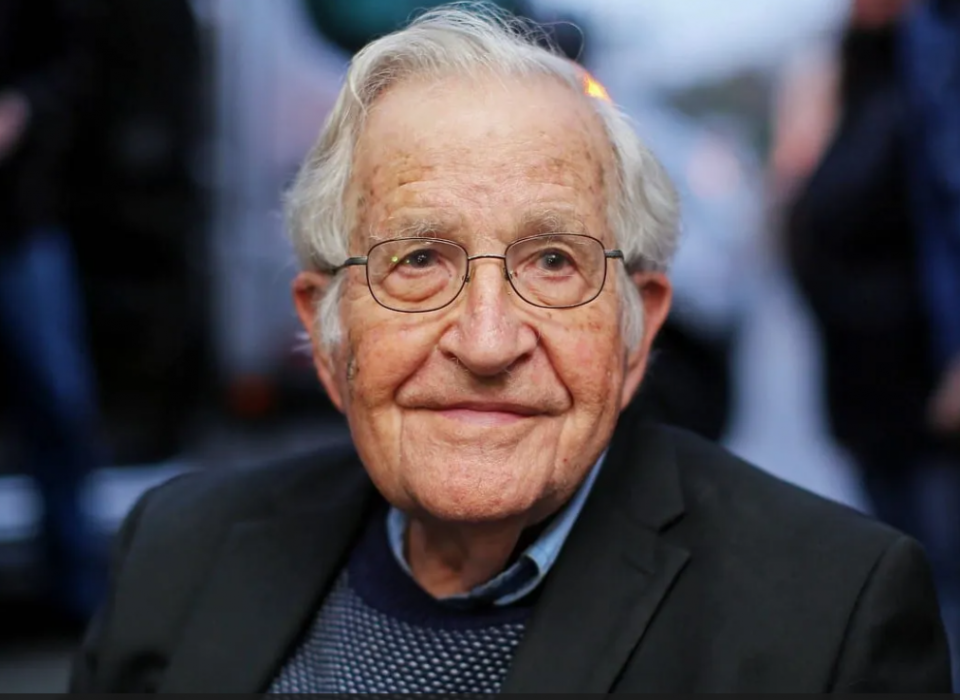 This is, said Italian socialist Antonio Gramsci, the "interregnum"; the rare and seismic moment in history when great transitions occur, when empires collapse and others rise, and when new conflicts and struggles ensue. The Gramscian interregnum, however, "is not a smooth transition", for these profound changes often embody a "crisis", which "consists precisely in the fact that the old is dying and the new cannot be born." The anti-fascist intellectual wrote in his famous Prison Notebooks that, "In this interregnum a great variety of morbid symptoms appear."

Even before the Russia-Ukraine war and the subsequent deepening of the Russia-NATO crisis, the world was clearly experiencing an interregnum of sorts: the Iraq war, the Afghanistan war, the global recession, the rising inequality, the destabilisation of the Middle East, the "Arab Spring", the refugee crisis, the new "scramble for Africa", the US attempt to weaken China, America's own political instability, the war on democracy and the decline of the American empire. Recent events, however, have finally given these earth-shattering changes greater clarity, with Russia making its move against NATO expansion, and with China and other rising economies — BRICS nations — refusing to toe the American line.

To reflect on all of these changes, and more, we spoke with the world's "most cited" and respected intellectual, Massachusetts Institute of Technology (MIT) Professor Noam Chomsky. The main objective of our interview was to examine the challenges and opportunities facing the Palestinian struggle during this ongoing "interregnum". Chomsky shared with us his views about the war in Ukraine and its actual root causes.

The interview, however, focused largely on Palestine; Chomsky's views of the language, the tactics and solutions affiliated with the Palestinian struggle; and the Palestinian discourse. Below are some of Chomsky's thoughts on these issues, taken from a longer conversation that can be viewed here.

Chomsky believes that calling Israeli policies towards the Palestinians "apartheid" is actually a "gift to Israel"; at least, if by apartheid one refers to South African-style apartheid.

"I have held for a long time that the Occupied Territories are much worse than South Africa," the professor explained. "South Africa needed its black population, it relied on them. The black population was 85 per cent of the population. It was the workforce; the country couldn't function without that population and, as a result, they tried to make their situation more or less tolerable to the international community… They were hoping for international recognition, which they didn't get."

So, if the Bantustans were, in Chomsky's opinion, "more or less livable," the same "is not true for the Palestinians in the Occupied Territories. Israel just wants to get rid of the people, doesn't want them. And its policies for the past 50 years, with not much variation, have been just somehow making life unlivable, so [the Palestinian people] will go somewhere else."

These repressive policies apply in all of the Palestinian territory. "In Gaza, [the Israelis] just destroy them," said Chomsky. "There's over two million people now living in hideous conditions, barely survivable. International law organisations say that they are not likely to even be able to survive in a couple of years… In the Occupied Territories, in the West Bank, atrocities [take place] every day."

Unlike South Africa, Chomsky believes, Israel is not seeking the approval of the international community. "The brazenness of Israeli actions is pretty striking. They do what they want, knowing the United States will support them. Well, this is much worse than what happened in South Africa; it's not an effort to somehow accommodate the Palestinian population as a suppressed workforce, it's just to get rid of them."

Chomsky on the new Palestinian unity

The events of May 2021 and the popular unity among Palestinians are "a very positive change", in Chomsky's opinion. "For one thing, what has severely impeded the Palestinian struggle is the conflict between Hamas and the PLO. If it's not resolved, it's a great gift to Israel."

Palestinians also managed to overcome the territorial fragmentation: "The split between the legal boundaries" separating Israel from "the expanded area of greater Palestine" was always a hindrance to Palestinian unity. That is now being overcome, as the Palestinian struggle "is turning into the same struggle. Palestinians are all in it together."

He pointed out that the description by B'tselem and Human Rights Watch of the whole region as a region of apartheid — "Athough I don't entirely agree with it for the reasons I mentioned, because I think it's not harsh enough" — is a step towards recognising that there is something "crucially in common" between all this area. "I think this is a positive step. It is wise and promising for Palestinians to recognise 'we're all in it together', and that includes the diaspora communities. Yes, it's a common struggle."

Chomsky on one state, two states

Although support for one state has grown exponentially in recent years, to the extent that a recent public opinion poll conducted by the Jerusalem Media and Communication Centre (JMCC), concluded that a majority of Palestinians in the West Bank now support the one-state solution, Chomsky warns against discussions that don't prioritise the more urgent conversation of Tel Aviv's colonial quest for "greater Israel".

"We should not be deluded into thinking that events are developing towards a one-state outcome or towards a confederation, as it's now being discussed by some of the Israeli left. It's not moving in that direction, that's not even an option for now. Israel will never accept it as long as it has the option of greater Israel. And, furthermore, there is no support for it in the international community; none. Not even the African states. Two states, well, we can talk about it but you have to recognise that we have to struggle against the ongoing live option of a greater Israel."

Indeed, according to Chomsky, "Much of the discussion of this topic seems to me misplaced. It is mostly a debate between two states and one state that eliminates the most important option, the live option, the one that's being pursued, namely greater Israel. Establishing a greater Israel, where Israel takes over whatever it wants in the West Bank, crushes Gaza, and annexes — illegally — the Syrian Golan Heights… just takes what it wants, avoids the Palestinian population concentrations, so it doesn't incorporate them. They don't want the Palestinians because of what is called the democratic Jewish state, the pretence of a democratic Jewish state in which the state is the sovereign state of the Jewish people. So, it's 'my' state, but not the state of some Palestinian villager."

To maintain that pretence, added Chomsky, you have to keep a large Jewish majority, then you can somehow pretend it's not repressive. "But the policy is [towards] a greater Israel, in which you won't have any 'demographic problem'. The main concentrations of Palestinians are excluded in other areas; they are basically being expelled."

Chomsky on BDS and international solidarity

We also asked Prof. Chomsky about the growing solidarity with Palestinians on the international stage and social media, and the support for the Palestinian struggle from many well-known personalities and celebrities.

"I don't think mainstream celebrities mean that much. What matters is what is happening among the general population in the United States. In Israel, unfortunately, the population is moving to the right. It is one of the few countries I know, maybe the only one, where younger people are more reactionary than older ones. The United States is going in the opposite direction. Young people are more critical of Israel, more and more supportive of Palestinian rights."

When discussing the Boycott, Divestment and Sanctions movement (BDS), Chomsky acknowledged the significant role played by the global grassroots movement, although he noted that it "has a mixed record". The movement should become "more flexible [and] more thoughtful" about the effects of actions. "The groundwork is there," he concluded. "It is necessary to think carefully about how to carry it forward." 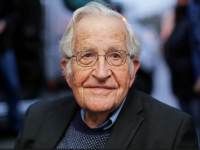