Speaking at the Aventura Turnberry Jewish Center in Miami on Sunday afternoon, Democratic presidential candidate Mike Bloomberg displayed his famously independent streak to a friendly crowd. “I do know you’re used to seeing New Yorkers here in southern Florida,” he joked in remarks prepared for delivery. “I just hope all of you you voted for the correct mayoral candidate in 2001, 2005 and 2009. And if you didn’tyou will have a chance to atone in 2020.” And with a sly dig at the socialist senator from Vermont, Bernie Sanders, he said, “I’m not the only Jewish candidate running for president. But I am the only one who doesn’t want to turn America into a kibbutz.” 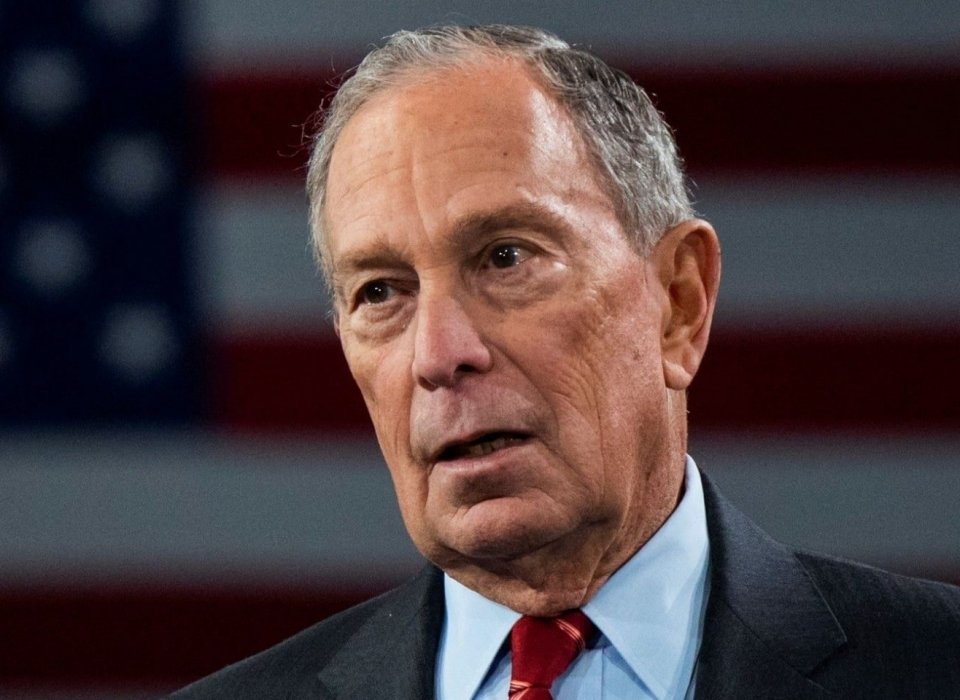 Bloomberg is the only presidential candidate to make his identification as a Jew central to his policy views. “I’ve spent a lot of time in synagogues in my life, but my parents taught me that Judaism is more than going to shul [Yiddish for synagogue],” he explained. “It is about living our values — including our obligation to help and repair the world.” Bloomberg then took an unusual turn, again contrasting himself with Sanders whose ferocious criticism and false accusation of war crimes against Israel drew a strong rebuke from Hillary Clinton in 2016. He recalled taking an EL AL flight "when the FAA banned American carriers from flying to Israel during the Gaza conflict of 2014. It was in my own little way of wanting to show the world that Jews will never let fear of terrorism keep us out of Israel.” If his pro-Israel bona fides were not clear enough, he reminded the crowd of the Magen David Adom Blood Center in Israel "we named after my father, and the Hadassah Hospital wing we named after my mother.” He also stressed, “As president, I will always have Israel’s back. I will never impose conditions on our military aid, including missile defense no matter who is prime minister. …I will never walk away from our commitment to guarantee Israel’s security.” (That’s another dig at Sanders, who threatens to suspend aid due to Prime Minister Benjamin Netanyahu’s policies.)
Bloomberg then explained his stance on the Iran deal:

I was against the original Iranian deal. I spoke out against it because I think our commitment to Israel’s security must never waver — or “sunset” — and because the deal should have done more to address Iran’s ballistic missile program and financing of terrorism. But my commitment to Israel is also the reason I opposed President Trump’s decision to unilaterally walk away from the deal and our partners in Europe. Because I thought doing so was tantamount to giving Iran permission to relaunch its nuclear program. And after years of compliance, Iran is once again marching towards the development of a nuclear weapon.

Partisans have feigned bewilderment that one could have opposed the Iran deal but acknowledged that it was better than nothing, especially with an erratic, ignorant and dangerous president at the helm. Bloomberg’s view (one I share) may be a political gamble, but it also reflects his independent streak.

He then turned to the scourge of anti-Semitism, mentioning his connection to the Tree of Life synagogue “that my sister Marjorie attended when she lived in Pittsburgh many years ago.”

Bloomberg cautioned that neither side is devoid of anti-Semitic elements, but lowered the boom on President Trump. “There is one fact that we can’t ignore: Presidential leadership matters,” Bloomberg said. "When the president calls his supporters ‘real Americans’ — an echo of the language that nativists, anti-Semites and the KKK used for many decades, he undermines our fundamental national values.”

Bloomberg raised a point that I have felt compelling regarding Trump’s blatant attempt to turn Israel into a rousing issue for his base and falsely slander Jews who don’t support him as anti-Israel. Bloomberg condemned Trump for “trying to use Israel as a wedge issue for his own electoral purposes." He added, “We must never let Israel be a football that American politicians kick around in an effort to score points. The relationship between our two countries has been so strong because it transcends partisan politics here and in Israel, and it is built on our shared values: freedom and democracy, law and justice, integrity and compassion.” He stressed, “Leadership sets a tone. It’s either inclusive or exclusive, divisive or uniting. … It either appeals to ‘very fine people on both sides’ of bigotry, or it unequivocally rejects it. Well, to me, there is no such thing as a ‘very fine’ white supremacist. I choose inclusion. I choose tolerance. I choose America.”

Bloomberg reiterated a sentiment that should be reassuring to friends of Israel: “If I am elected, you will never have to choose between supporting Israel and supporting our values here at home. I will defend both — because unlike this president, you and I know that they are inextricably linked. The United States, like Israel, is an expression of our deepest values. And throughout our history, we have seen that the best guarantee of safety in this country is the rule of law — not proximity to the throne of the powerful.” That’s the ultimate rebuke to Trump and anti-Semites who accuse Jews of dual loyalty (or, as the Trumpists now do, of disloyalty to Israel for not supporting Trump). Bloomberg also pledged to fight domestic terrorism and step up efforts “to end to harassment in schools — including anti-Semitic harassment on our college campuses."

Bloomberg concluded on a high note about the meaning of the election. “This election is a referendum on the meaning of America. It’s about what we will tell our children and our grandchildren we did in this moment at this time," he said. "And it’s about whether we recognize that all groups that have been marginalized, excluded, repressed, scapegoated, vilified or far worse, rise and fall together; and that is our best hope — and our only hope is in standing together, rejecting demagogues who try to seduce us by dividing us and uniting behind the only shield that can protect us: our common values as American citizens and our common humanity as God’s children.”

Media coverage of Bloomberg generally focuses on his self-funding and high-risk delegate strategy. If this speech is any indication, however, he may start to earn notice for his thoughtful, nuanced voice. 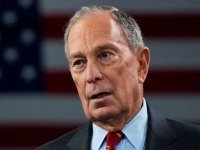