Beneath the illusion of a temporary occupation lies apartheid

By claiming that its control over Palestinians in the West Bank and Gaza is temporary, despite lasting longer than South African Apartheid by any measure, Israel is able to justify a regime that denies one group political and civil rights while privileging another. 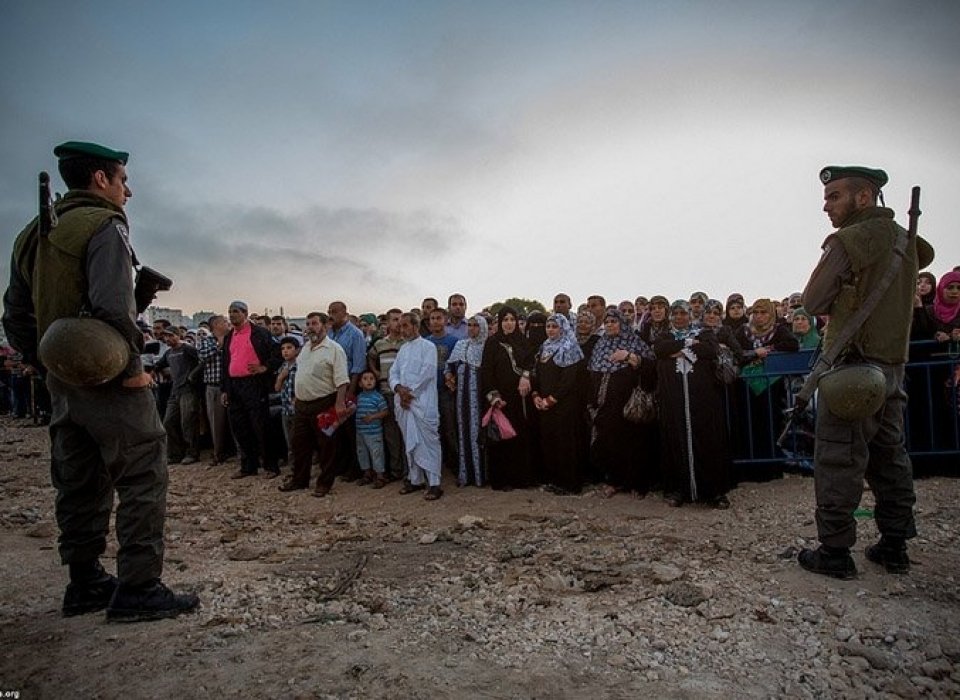 Israeli Border Police officers hold back Palestinians as they wait to cross from Qalandiya checkpoint outside Ramallah, West Bank, into Jerusalem. (Yotam Ronen/Activestills.org)

The so-called temporary nature of Israel’s control over the Palestinians in the West Bank and Gaza has for too long served as a justification for not extending them full political and civil rights.

Beginning in the first half of the 1990s, the Oslo process allowed all parties — including the international community, which has never recognized any Israeli sovereignty beyond the Green Line, including in East Jerusalem — to invest themselves in the idea of formal separation between Israel and the Palestinians. This support, however, never dictated any rigid or substantial limitations on Israeli expansionism in the occupied territories; settlement growth continued unabated even in the post-Oslo period.

In fact, Oslo facilitated the transfer of many functions that were previously fulfilled by the Israeli occupation’s authorities to the newly established Palestinian Authority — mainly in the civilian management of the Palestinians in the West Bank’s major population centers. Meanwhile, any development in the fields of economy, infrastructure, municipal services, and natural resources are subject to authorization from the Israeli army, which acts as an extension of the Israeli government, and whose considerations exceeded matters of security as mandated by international law.

Today, Israel continues to operate, at least outwardly, with the same political logic it used in the 1990s. The internal balance, however, had changed: sticking to a vague idea of separation, which is neither informed by the Green Line as an agreed-upon border, nor by the notion of full Palestinian independence. According to this view, Israel’s internationally recognized borders are not final, and thus are subject to any future changes that both parties consent to in order to end the conflict.

This view, which subjects everything to future negotiations, allows Israel to continue its expansionist policies in the occupied territories while still maintaining an outward commitment to the Oslo paradigm. The Palestinians also remain committed to the same paradigm, albeit with a different view regarding its core questions, mainly concerning the settlements, East Jerusalem, refugees, and the degree of independence from Israeli intervention and control. The diverging visions on these issues between Israeli and Palestinians are incompatible and do not allow the realization of a mutually agreed upon solution under the Oslo paradigm.

It may be the case that Israel’s commitment to the Oslo paradigm, at least in the international sphere, is insincere, constituting just one strategy in the “management of the conflict” as a means of securing international legitimacy. But even if its commitment is sincere, the diverging and contradictory views vis-à-vis its realization create an insurmountable hurdle and entrench the current state of affairs as an equilibrium — one that cannot be disrupted through peaceful negotiations.

Whatever the truth about Israel’s commitment, this equilibrium, often called the “status quo,” is fairly stable. It allows Israel to maintain the existing state of affairs so long as it serves its interests, and as long as there are no demands that force it to deviate from the status quo or make meaningful concessions.

More importantly, the status quo allows Israel to explain and justify the current state of affairs by invoking its provisionally temporal nature. It should be no surprise then that those who reject the classification of Israeli control over Palestinians in the West Bank and Gaza as apartheid often invoke that element of temporality.

On the one hand, the Green Line acts as a distinguisher that justifies the exclusion of Palestinians residing beyond it from the political and civil rights afforded to those residing within the “legitimate” boundaries of the State of Israel. On the other hand, the formal citizenship status of Israelis who reside beyond these “legitimate” borders in the occupied territories, acts as a legitimate distinguisher to justify the difference in treatment of the local Palestinian population from the settler population.

However, if we examine the entire area that Israel effectively controls, which stretches over the whole territory from the Mediterranean Sea to the Jordan River, and subtract the element of temporality, we are left with is an apartheid regime that grants different rights and protections based on the ethnic identities of its residents.

In the West Bank and Gaza, this regime manifests in the two separate legal systems applied to persons based on their ethnicity, to which “citizenship status” acts as a proxy. Within the recognized borders of Israel, it is expressed through an ethno-democratic regime, constituted and maintained through “demographic gerrymandering” and substantial limitations on political mobilization by Palestinian citizens of Israel.

This temporary state of affairs allows Israel to simultaneously deny Palestinian independence and justify the privileging of the Jewish population in each and every one of the sub-territories under its effective control. However, if one considers that the South African Apartheid regime lasted for 43 years (from 1948 to 1991), it becomes clear that the so called temporary nature of the apartheid regime to which all Palestinians are subject has become permanent, having been in place in one form or another from 1948 to this day.

If facts on the ground, created by Israel, led President Trump to recognize Jerusalem as the capital of Israel — without extending a similar recognition of East Jerusalem as the capital of Palestine — then perhaps it is time to inform our vision of the future with the full set of facts on the ground. Maybe it’s time to transform the paradigm from one of dividing the indivisible space to one were we, Palestinians and Jews, share it equally.

Fady Khoury is a human rights lawyer and a doctoral candidate at Harvard Law School. 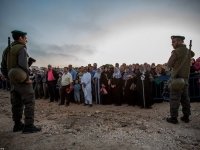