As crimes of apartheid worsen, the West’s exceptionalism toward Israel must end 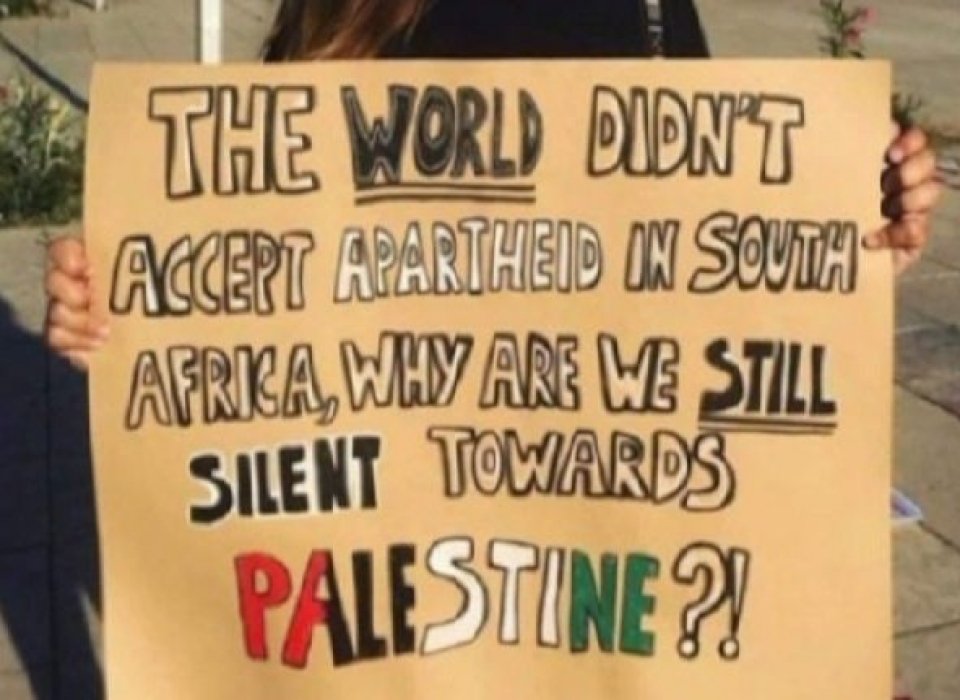 Israel’s new administration will be one that does not conceal its intention to preserve and further entrench the apartheid tyranny over the Palestinians, while fully cultivating Jewish supremacy as a political and legal credo.

"The exceptionalism shown in Israel’s case further undermines Europe’s credibility and its role as a global moral leader.

It sends the rest of the world the message that “it’s all politics”
and encourages legal Darwinism.

The powerful are above international law."

Inside Israel’s Defence Ministry, a new governing body is taking shape for the occupied Palestinian territories, which will see MK Bezalel Smotrich as its designated governor. Smotrich, a religious Zionist extremist who has spewed racist and homophobic rhetoric in the past, is pursuing a plan to apply Israeli sovereignty to the entirety of the West Bank, East Jerusalem and Gaza, without granting citizenship to the millions of Palestinians living there.

In the coalition agreements he has recently signed with designated Prime Minister Benjamin Netanyahu, Smotrich made sure that every single authority over civilian affairs that has been accrued by the military and the defence minister who helms it over the course of Israel’s 55-year-long occupation will be transferred to the fully equipped headquarters he is building for himself within the ministry’s Tel Aviv headquarters.

Smotrich (or the minister he appoints) will have the authority to approve master plans in the settlements, order the demolition of structures built without a permit in Palestinian communities and enforce (or, more likely, refrain from enforcing) planning and construction laws on settlers. He will determine whether and where to build roads. He will decide who and what enters and exits Gaza, and he will decree whom among the Palestinians will be allowed to cross the separation fence to cultivate their lands on the other side or to work in Israel. Oh, and he will also dictate which foreign nationals may visit the West Bank.

The West Bank’s new ruler has also made sure the legal department for the territories is transferred from the military system to his headquarters, meaning that its legal advisors would be civilians, selected by Smotrich, rather than military personnel. This is a dramatic development; as civil servants, they will be formally obligated to promote the interests of the citizens of Israel, not those of the occupied Palestinians, which international laws on military occupation compel it to consider.

And that is not all. According to the coalition agreement, Smotrich’s administration will have an additional legal office with three full-time legal advisors tasked solely with drafting military orders that apply laws made by the Knesset to Israelis living in the West Bank. This is because the law in modern legal regimes usually applies to everyone living in the territory, regardless of nationality, religion, race and gender – which is a problem for those who want legal separation. This would further strengthen and entrench the dual legal system that already exists in the occupied territory, where one law (civil, modern, enacted by an elected legislature) applies to the settlers and another (military, draconian, tyrannical) applies to the Palestinians.

These measures mean that Israel’s new government is going to bolster its rule over the Palestinians and Palestinian land both quantitatively and qualitatively, both in the intensity of control and in its structure. Out with a military government that derives its powers from the laws of occupation under international law (although it continuously violates them), in with a civilian administration that is formally no longer subordinate to the military commander of the West Bank, except for operational activities, and purports to derive its power from Israeli sovereignty. This will be an administration that does not conceal its intention to preserve and further entrench the apartheid tyranny over the Palestinians, while fully cultivating Jewish supremacy as a political and legal credo.

While Smotrich is sizing up the Defence Ministry corner office with the best view, the UN General Assembly in New York is getting ready to discuss a proposed request for an advisory opinion from the International Court of Justice (ICJ) on the legal status of Israel’s control of the Palestinian territories, and the legal implications of this status for the international community. The timing almost seems contrived. The draft resolution, passed by a large majority of the United Nations’ Fourth Committee, calls on the ICJ to legally define the ongoing, extensive violation of the Palestinians’ right to self-determination, a violation that is partly the result of Israel’s settlement and demographic engineering endeavours in the territory, the application of a discriminatory legal system and annexation.

Leading Palestinian, Israeli and international human rights organisations have already come to the conclusion that Israel is committing the crime of apartheid – a worthy descriptor of the legal reality of Israel’s occupation. UN committees and rapporteurs have joined them, and there is growing academic literature recognising the Israeli occupation as having slipped into illegality. And now, the international community’s highest legal authority is about to address these questions, along with the grave legal and political implications of the actions taken by successive Israeli governments.

If this discussion was about Russia and its alleged crimes in Ukraine, or Syria and the crimes its regime commits against its own citizens, European countries would lead the call to enforce international rule-based order, as interpreted by international legal institutions, chief among them the ICJ. When Russia violates the laws of war or when Belarus assists it, Europe imposes sanctions. When the army of Sudan commits massive human rights abuses, or when the Venezuelan government brutally suppresses its opponents, Europe imposes personal sanctions on those responsible, because post-WWII Europe wants to believe that human rights protection through the enforcement of international law is at the forefront of its foreign policy.

But the UN General Assembly vote is not about Syria or Sudan. It’s about Israel, and this is where the West’s exceptionalism toward Israel comes into play. This policy has allowed Israel to build settlements, oppress millions of people for six decades, dispossess many of them of their lands and annex occupied territories in violation of express prohibitions under international law – without paying a real price. While Israel has been busy implementing a dual legal system centered on systemic discrimination of Palestinians in the West Bank, the West has kept its own dual legal system, effectively allowing Israel to violate prohibitions set in international law.

The exceptionalism shown in Israel’s case further undermines Europe’s credibility and its role as a global moral leader. It sends the rest of the world the message that “it’s all politics” and encourages legal Darwinism, in which the powerful are above international law.

That is why this is Europe’s moment of truth. Second, only to the American administration, Europe is the chief enabler of Israel’s criminal policy toward the Palestinians. If Europe gives Israel an umbrella of support, if it opposes and even abstains from allowing international legal institutions from addressing Israel’s policy and actions, it will not only damage its own credibility but also send an extremely dangerous message to the fledgling Israeli government in Jerusalem and the emerging administration of the occupied Palestinian territories in Tel Aviv. They must know there is a price to pay for violating international law. 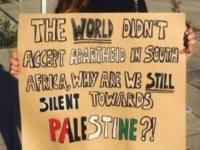