Anti-Zionism and antisemitism: How right and left conflate issues to deny Palestinian rights

From the far right to progressives, groups that will not tolerate criticism of Israel have varied motivations. But they all delegitimise the validity of a Palestinian liberation movement Today is Israeli Holocaust Remembrance Day, which many outside Israel - Jews and non-Jews alike - tend to note. On this day, many mark the struggle against antisemitism as part of the terrible legacy of the Holocaust.

There is no doubt that antisemitism, and any other form of racism and bigotry, must be fought decisively, and that the critical struggle against these must be one of the clear lessons to be learned on this day.

These identifications are serious because they are derived from alleged lessons of the Holocaust. And so it appears that any substantial criticism of Israel and Zionism is perceived in public opinion, and especially among national and international political and cultural institutions, as an ideological continuation of the Holocaust.

Thus the emancipatory struggle of the Palestinians for liberation and decolonisation is tagged as a struggle that is in fact a direct continuation of the Holocaust and Nazism.

The identification of criticism of Israel and anti-Zionism with antisemitism is unfounded if only because some of the harshest opponents of Zionism were Jews. In fact, from the moment Zionism appeared on the stage of history at the end of the 19th century, opposition to it was born within the Jewish world.

The Ultra-Orthodox opposed it, the Reform movement opposed it, Jewish liberals and communists, as well as the strong Jewish Socialist Bund movement in Eastern Europe, opposed it - often even sharply and blatantly. Today, the fierce opposition to Zionism within the Jewish world is relatively small, but the Jewish anti-Zionist legacy is persistent.

Arab and especially Palestinian opposition to Zionism is not antisemitic but political. From its inception, and certainly after the 1917 Balfour Declaration, Zionism was perceived as a dispossessing colonial movement designed to take over the land from its indigenous inhabitants in order to establish a political entity with a Jewish majority.

This was the root of the Arab resistance to Zionism and later to Israel. Years of war, occupation, expulsions and denial of rights only reinforced this position.

But this basic position was also most clearly understood by some of the early Zionist leaders. For example, Ze'ev Jabotinsky, the father of revisionist Zionism and one of the greatest leaders of Zionism in the first half of the 20th century, explained in his 1923 article "The Iron Wall" that Arab opposition to Zionist settlement is the same as any opposition of a native population to the colonial occupier:

"My readers have a general idea of ​​the history of colonisation in other countries. I suggest that they consider all the precedents with which they are acquainted, and see whether there is one solitary instance of any colonisation being carried on with the consent of the native population. There is no such precedent."

Nor is the opposition of left-wing movements or people of conscience around the world to Israeli policies or Zionism in itself antisemitic.

This opposition stems in principle from an emancipatory worldview that opposes any form of colonialism in general and settler colonialism in particular, founded on democratic values ​​of national, political and civic equality for all.

As four recent reports by reliable and respected Israeli and international human rights organisations (Yesh Din, B'Tselem, Human Rights Watch and Amnesty International) have shown, Israel has established - certainly in the occupied West Bank but also within the territory of the State of Israel - a regime of structural apartheid and denial of rights.

This is why Israel - and Zionism itself - are severely criticised - similar to South Africa during the apartheid era, to other countries e.g. France during the Algerian war of independence; to the US during the war in Vietnam; to Russia today; and to other countries throughout history whose injustices engendered criticism worldwide.

This does not mean, of course, that there can be no antisemitic motives in opposition to Israeli policy or Zionism, nor does it mean that this opposition cannot use antisemitic images and ideas. This does happen.

At its core, however, opposition to Israeli policy and even to Zionism is a legitimate ideological opposition that grows out of an emancipatory worldview of justice, freedom and equality. Whoever wants to claim otherwise, the burden of proof is on him or her.

So where did this position that identifies strong opposition to Israel's policy towards the Palestinians and certainly opposition to Zionism with antisemitism come from and who does it serve?

A significant intellectual milestone was in the late 1960s when Israeli researchers began to develop the concept of "new antisemitism".

Their view was that the old anti-Jewish sentiment that had taken shape and changed form over the centuries was now directed first and foremost against the Jewish political enterprise of Zionism and Israel.

But only in the last decade or two has this position become a dominant one that characterises the mainstream of most of western politics from the left, sometimes even the radical left, through the centre, to the conservative right and in many cases also the populist, proto-fascist or white supremacist right.

An influential political coalition is advancing this position. 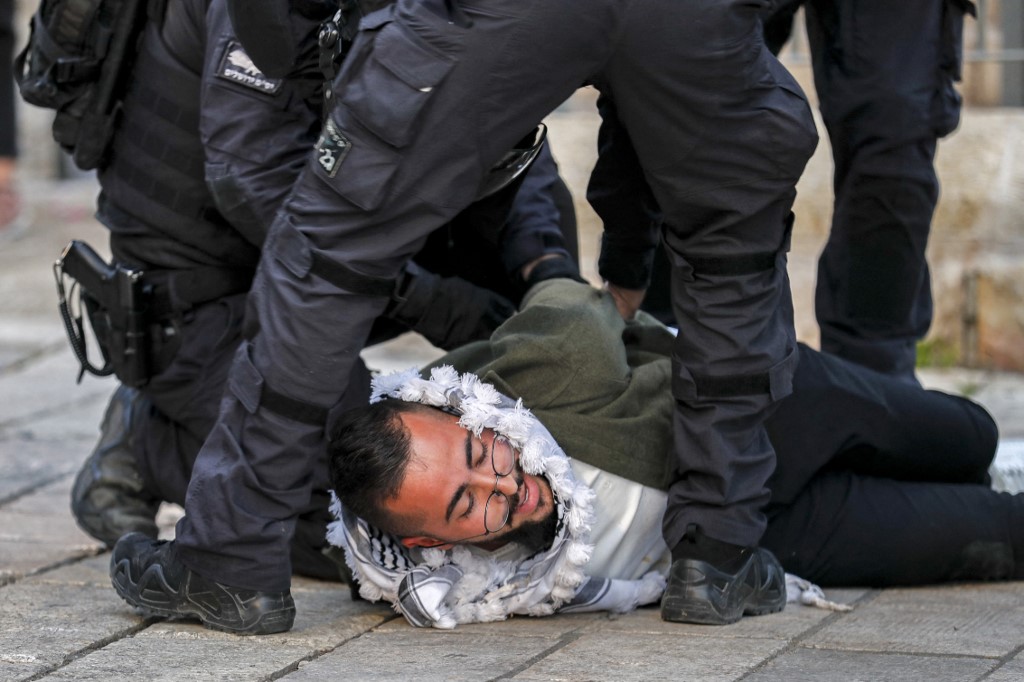 Israeli security forces detain a Palestinian man during a demonstration outside the Damascus Gate of the Old City of Jerusalem, 1 March 2022 (AFP)

First and foremost, Israel, which seems to fail to convincingly justify its occupation, settlement and colonisation policies - particularly in the Occupied West Bank, Jerusalem and Gaza - within any democratic and liberal discourse, and therefore uses the weapon of antisemitism, which has become taboo in all western countries, with great success.

The ultra and populist right - from the AfD party in Germany to Trump, broad wings of the Republican Party and supporters of white supremacy in the US - identify with Israeli racist colonial policies by supporting it and identifying antisemitism with anti-Israelism and anti-Zionism. They try to legitimise themselves and hide their own heavy loads of antisemitism and racism.

Indeed, the initiative of the German parliament to declare the Boycott, Divestment, Sanctions (BDS) movement as a form of antisemitism was brought forward by the AfD and Richard Spencer, one of the leaders of the American racist and antisemitic white supremacy movement, who praised the Israeli racist “nation-state law” and has viewed Israel as a role model for an ethnic nation-state.

Most mainstream Jewish institutions in North America and certainly in Europe have also sympathised with and strongly promoted this position (although it has also attracted very strong Jewish opposition, especially in the US and Canada).

The reasons for the strong Jewish support for this identification are varied, but they usually do not relate to historical accuracy or political justice but mainly to questions of identity.

In recent decades, Israel, and caring for it, has become a central part of Jewish identity around the world. Consequently, a sharp moral critique of Israel and its national ideology, ie Zionism, is experienced as an attack on their very Jewish identity and therefore perceived (wrongly) as antisemitic.

At the same time, it is important to point out that, at times, the hostility of some of the radical European left (as well as the former communist bloc in certain historical moments) towards Israel has been so excessive, and its demonisation so exaggerated, that it has been hard not to feel a sense of antisemitism beneath a thin layer of anti-Zionism.

The Jewish intellectual and Holocaust survivor Jean Amery, for example, pointed this out as long ago as the late 1960s. But the mainstream of European and North American politics also tends to support and promote this position.

Undoubtedly western conflation of antisemitism and anti-Zionism is connected to the good relations Israel has with many of these countries and to geopolitical interests. But there is also no doubt in my mind that this position is supported many times by disguised racist, anti-Arab, anti-Muslim and anti-immigrant sentiments, which have become much stronger in the last two decades.

There is no doubt that it also has to do with the transformation of the Holocaust into a central component of the West’s identity and its special sensitivity to antisemitism (many times beyond the sensitivity to other forms of racism and bigotry e.g. Islamophobia). 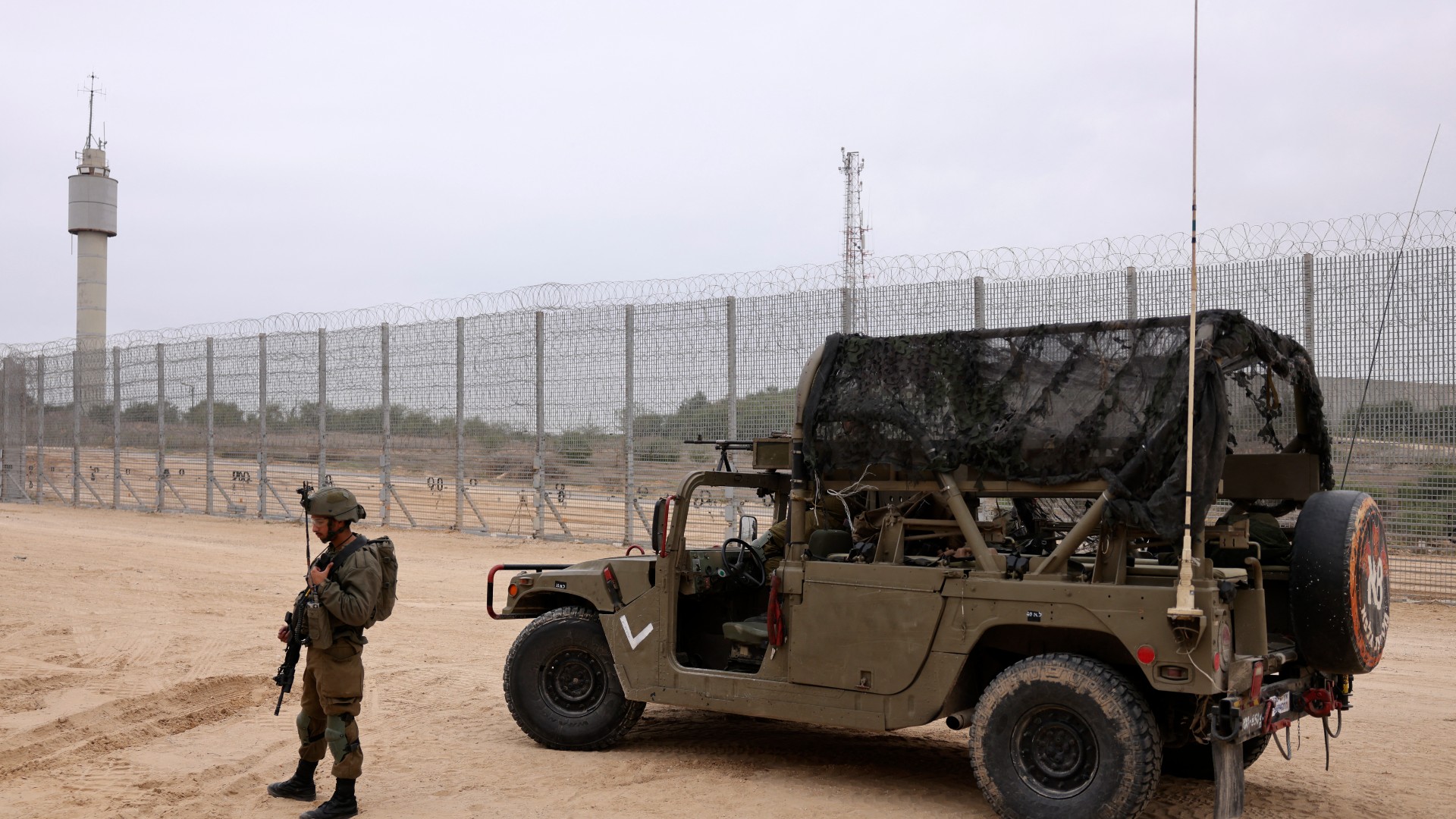 An Israeli soldier stands next to a vehicle parked by the fence along the border with the Gaza Strip on 7 December, 2021 (AFP)

But it also stems from the desire and moral obligation in Europe to encourage the flourishing of Jewish existence after the Holocaust.

Mainstream liberal and conservative contemporary European identity is based, among other things, on the conception of a "Judeo-Christian heritage" whose preservation requires a prosperous Jewish existence in Europe, and therefore the EU and its member states make every effort to make Jews feel comfortable and unthreatened across the continent.

Hence major currents in European politics tend to adopt the position of mainstream Jewish organisations on this issue.

What they all have in common, however, is that in practice, whether intentionally or not they are completely delegitimising the Palestinian national narrative, which legitimately views Zionism as a racist colonial enterprise that has established a modular regime of negating rights of the indigenous people.

Whether intentionally or not, they all participate in radically transforming the image of the Palestinian national movement from an emancipatory liberation movement whose basic demands are legitimate and just (even if one thinks that they cannot all be met) to a racist and antisemitic movement.

All are involved, some intentionally and some not, in radically changing the political discourse on Palestine-Israel: from one that requires Israel to be accountable for its occupation, settlement and colonisation in the West Bank, Jerusalem, within Israel, and the siege on Gaza, to a discourse that focuses on whether this very discussion is antisemitic; from a discourse based on egalitarian values to a discourse that portrays egalitarianism itself, in the context of Israel-Palestine, as antisemitic.

This discourse practically prevents imagining a non-Zionist egalitarian and reconciliatory solution to the conflict - eg bi-nationalism - in which all people in the holy land will gain their full equal human, civic and national rights (and this is at a time when such ideas are so essential as the “two-state solution” seems to have died out).

Instead, this discourse participates in Israel's political project to delegitimise the Palestinian cause and to practically remove once and for all the Palestine issue from the international agenda.

Amos Goldberg is a professor of Holocaust Studies at the Hebrew University of Jerusalem. Among his recent publications is his co-edited volume with Bashir Bashir of The Holocaust and the Nakba: A New Grammar of Trauma and History, Columbia UP 2018 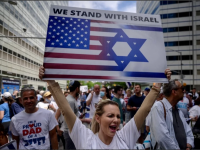