In the Bronze Age, between 4,000 and 3,000 years ago, a diverse group of people called the Canaanites lived in the Middle East. Despite their culture and influence — one of the only golden calf idols discovered was found in the Canaan seaport of Ashqelon — they left behind little information about themselves. Other civilizations made records of them, such as the Greeks, Egyptians and the authors of the Hebrew Bible. But, without Canaanite texts to cite, scholars view the ancient people as a bit of an enigma. 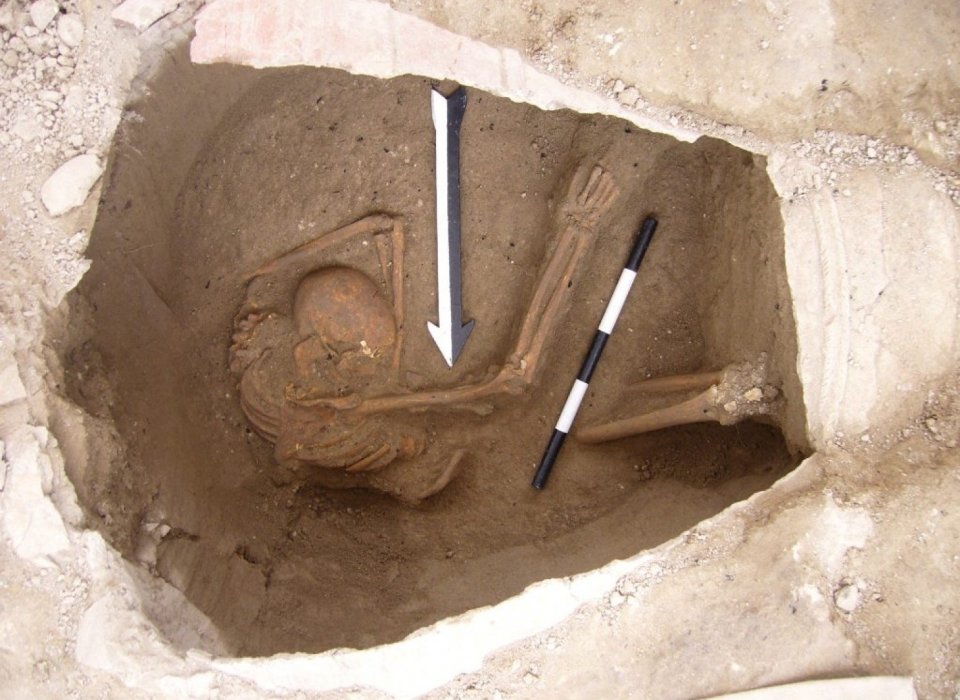 “We haven't found any of their writings,” said Chris Tyler-Smith, a geneticist who studies human evolution at the Sanger Institute in Britain. Perhaps they wrote on papyrus but not longer-lasting clay. “We don't have direct information from them,” he said. “In that sense, they are a mystery.”

Their final fate, too, was a puzzle. The Hebrew text offers one explanation for the destiny of the Canaanites: annihilation. The Israelites, per Deuteronomy 20:16-18, were commanded to “utterly destroy” the cities of various tribes including the Canaanites. Those who survived fled or became servants.

But historians are skeptical that either exodus or annihilation occurred. University of North Carolina religious studies professor Bart D. Ehrman noted in a 2013 blog post that, beyond the Hebrew Bible, “there are no references in any other ancient source to a massive destruction of the cities of Canaan.”

Now a study of Canaanite DNA, published Thursday in the American Journal of Human Genetics, rules out the biblical idea that an ancient war wiped out the group. The DNA, when compared to that of modern-day people, shows that the Canaanites managed to leave a long line of descendants. Even if they suffered some defeats, “enough people survived that they contributed to the present-day population,” Tyler-Smith said.

Tyler-Smith and his colleagues sampled ancient DNA from five Canaanite people who lived 3,750 and 3,650 years ago. Though the skeletal remains were buried in a hot and humid region along the Mediterranean, the scientists were still able to extract genetic material. They mined the petrous bone, a region of skull behind the ear that's also the densest bone in the body. (The discovery that the tough petrous bone protects DNA like a bank vault has, in recent years, greatly advanced the study of ancient DNA.)

The geneticists sequenced the Canaanite genome and compared it to genomes of modern people, including Jordanians, Palestinians, Syrians and others from around the world. The comparison revealed that 90 percent of the genetic ancestry of people in Lebanon came from the Canaanites. (The other 10 percent was of a Eurasian steppe population.)

“We can say that Lebanese mostly descend from an ancestry that is found in those five individuals,” said Marc Haber, a Sanger Institute geneticist and an author of the new study. “What we find is that the ancestry has changed, but it has changed very little.”

The unbroken genetic heritage was a surprise. From the Bronze Age onward, that coastal Mediterranean region has been the site of repeated conquering and reshuffling of populations. There was more genetic continuity in Lebanon than in a place like England, Tyler-Smith said.

It's an exciting time to be investigating ancient DNA, the geneticists said. The Canaanites were an ideal case study — ancient genomes can provide information not available through historical records or archaeology. But the corridor from Egypt to Asia was a path well-worn by many groups moving in and out of Africa. The researchers plan to use similar methods to study other Mediterranean populations in different time periods.

“The Near East region is very important to understand how the human genome was shaped,” Haber said, allowing experts to unpack “the diversity we see in present day population.” 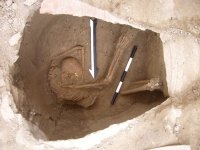