Analysis | U.S.-Israel Relations Will Continue Comfortably With Biden as President

Biden is a classic student of AIPAC and unlikely to make dramatic political moves. When it comes to Israel, his victory will only damage one thing 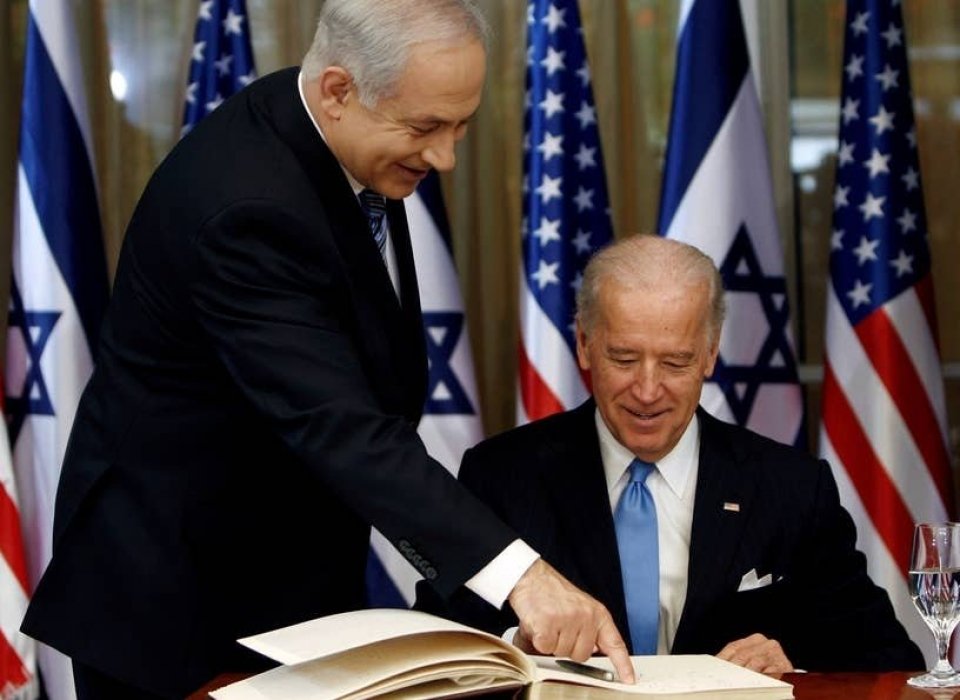 Just before all of Israel is swept into the irrelevant debate over whether U.S. President-elect Joe Biden is good or bad for Israel, when in fact the intent is whether Biden is good or bad for Prime Minister Benjamin Netanyahu, it’s worth remembering that Israel is not an isolated island and not everything centers around our too-narrow prism. Biden’s victory is good for the future of democracy for the entire world – and so it is necessarily good for Israel.

It’s impossible to completely sever between the two. The view that Donald Trump may be a bully and liar who is bad for America but at the same time good for Israel’s narrow interests at this time is completely out of touch with the reality of our lives, in a world whose corners are all linked through endless bonds. In the deep and long-term aspect beyond the end of your nose, we are all part of a single political fabric, whose flapping of the wings in Washington directly influences the actions in Jerusalem – and to a certain extent, also more than anywhere else.

Now, when it is said – also on this narrow, local level – it will be very hard to paint Biden as a “hater of Israel,” even for the purposes of a contrarian campaign by Netanyahu, like the one he conducted against Barack Obama. Precisely because Biden is a classic middle-of-the-road politician who was elected to return to the United States the statesmanship and calm it has lost, his positions on Israel have also not strayed far from this comfort zone.

True, he won’t surprise anyone with huge symbolic declarations of the type the Trump administration made, such as the recognition of the settlements and cuts for the Palestinians, steps intended to placate his evangelical base much more that advancing the good of Israel, but also not with steps in the other direction.

Biden is a classic student of American Israel Public Affairs Committee, who never stoped recycling the story of his meeting with Golda Meir, and his vice president Kamala Harris is even more so than he is. Except for the fact that the Israeli-Palestinian issue will really not star at the top of their to-do list, there is no reason whatsoever that they will put a stick into the wheels of the peace agreements with the Gulf states, for example – agreements that Biden has even praised.

True, Biden and Harris will not provide a tailwind for expanding or recognizing the Israeli settlements in the West Bank, but beyond the ideological question of whether this is at all a step that is “good for Israel,” did any other presidents who served in the White House, excluding Trump, stop the settlement enterprise for even a moment? No. At one pace or another, the occupation project always continued. In this aspect, it will be interesting to see how the Israeli left deals with the Biden administration.

Biden and Harris will support the two-state solution, exactly the way that the Trump administration realized in the end that there was no other one; the only question was how much would each side receive. It’s hard to believe that it was actually this administration that would force the two sides to decide. In comparison, the Palestinians will have precious breathing room, which will enable the resumption of security coordination with Israel. The embassy in Jerusalem will not be closed either, as Biden has already announced, but a consulate for the Palestinians and the Palestinian mission in Washington will reopen – another step that could reduce the accumulated tension.

As far as personal chemistry is concerned, without a doubt Netanyahu – or any other Israeli leader – will get along well with Biden. As much as Netanyahu liked to pump up his special “friendship” with Trump, in the end it was only an engineered show of sycophancy. Without a doubt, those surrounding Trump, headed by his special envoy Jared Kushner and the Ambassador to Israel David Friedman, were much more comfortable for Netanyahu’s policies. But this does not necessarily go for the relations with the president himself, whose unpredictable spontaneity wasn’t such a simple challenge. Biden and Harris are much more predictable and comfortable for any Israeli leader.

The most explosive potential point of disagreement as far as pure policy is concerned is without a doubt Iran. Biden of course supported the nuclear agreement and will aspire to renew the dialogue between Iran and the West. Considering the fact that Trump had already announced that he intended to negotiate a new agreement during his second term – and Netanyahu himself has never expressed opposition to an agreement in principle, only to the previous one – here, too, the question has never been whether there will be an agreement, but what it will say. Biden is not expected to ignore Israel’s arguments.

The special relationship between the United States and Israel won’t really be damaged because of Joe Biden or Kamala Harris. At the same time, it’s reasonable to assume that the conflict with the Palestinians will not be solved either – and not the status quo on the ground, either. If a new agreement is signed with Iran, Israel’s arguments will not fall on deaf ears. The only thing that will be damaged is Netanyahu’s campaign based on his being “Trump’s best friend,” and his ability to make use of the anti-democratic wave in Washington for the purpose of his war against the legal system and the press. 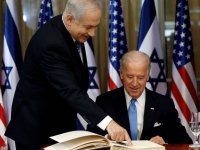