By Jack Khoury and Reuters 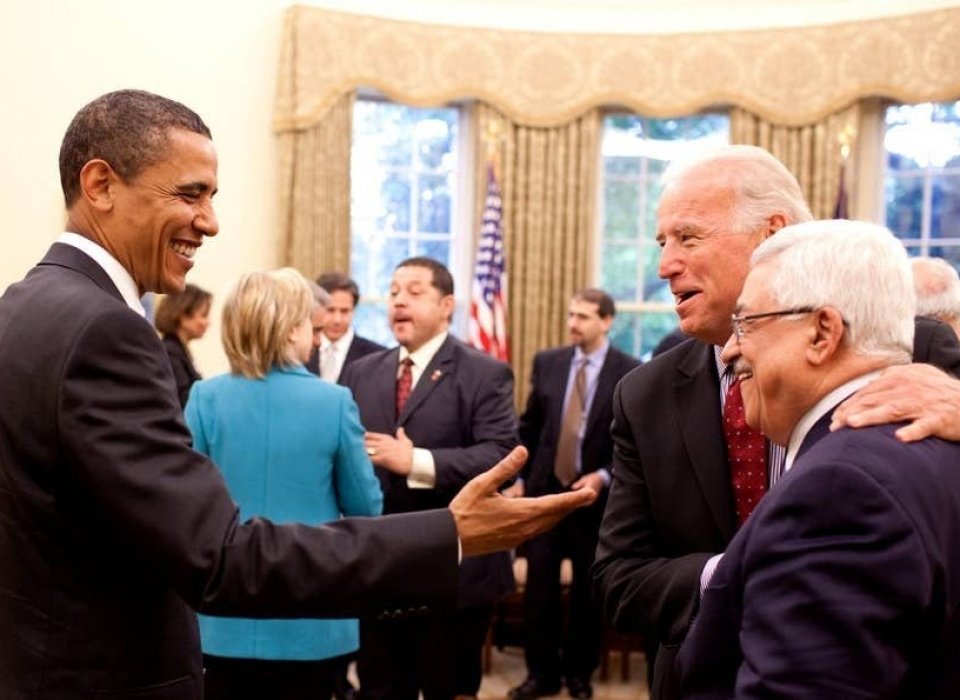 Palestinian President Mahmoud Abbas congratulated U.S. President-elect Joe Biden in a statement issued from his headquarters in the West Bank city of Ramallah on Sunday, joining Arab leaders in welcoming his victory.

A statement published by Wafa, the official Palestinian news agency, quoted Abbas as saying: "I look forward to working with the President-elect and his administration to strengthen the Palestinian-American relations and to achieve freedom, independence, justice and dignity for our people, as well as to work for peace, stability and security for all in our region and the world."

The Palestinians have been holding out for a change of U.S. president for three years, hoping for a chance to hit the reset button on relations with Washington.

Abbas ended all political dealings with President Donald Trump's administration after Trump's December 2017 decision to recognise Jerusalem as Israel's capital and move the U.S. Embassy there.

But some people in the Middle East expressed cynicism over U.S. policy even if he pursues diplomacy rather than President Donald Trump's blunt approach to the region's myriad problems.

Iraqis gather at a cafe, broadcasting a news coverage of the US Presidential election, in Baghdad's Karrada neighborhood on November 3, 2020.Credit: AHMAD AL-RUBAYE - AFP

"I was positive that Trump will not make it to a second term. He was too hostile almost towards everybody. He is (more) fit to be a mafia leader than a president of the United States," said Adel Salman, 40, a high school English teacher in Baghdad.

Biden may face some of his most complex foreign policy challenges in the region: from wars in Libya and Yemen to reassuring the United States' Gulf Arab allies that Washington can protect them from enemy Iran, even though he has said he would return to the international nuclear deal with Tehran.

"Trump was our friend, he loved Saudi Arabia and protected it from enemies. He handcuffed Iran. Biden will let Iran free again and this will hurt us and the whole region," said Mohamed Al Anaizy, a Saudi Uber driver.

While Trump had cozy relationships with what critics say are increasingly authoritarian leaders in countries such as Saudi Arabia, Egypt and Turkey, Biden has promised to take a tough line on human rights.

Some critics of Egypt's President Abdel Fattah al-Sisi expressed hope that U.S. policy would change, reposting a tweet by Biden from July in which he criticized Cairo's crackdown on political activists, and pledged: "No more blank checks for Trump's 'favorite dictator.'"

Talk show hosts on Egypt's tightly controlled TV channels have tried to play down the impact of a Biden victory, arguing that Egypt will adjust and adapt.

Lebanese President Michel Aoun congratulated Biden and voiced hope for a "return to balance in American-Lebanese relations" during his term.

Nabil Boumonsef, deputy editor-in-chief of An-Nahar newspaper, told Reuters that the timing of the announcement of U.S. sanctions on Friday on Aoun's son-in-law Gebran Bassil, a prominent Christian politician, sent a message that Washington would continue to go after Lebanese politicians over accusations of corruption and aiding Hezbollah.

"Biden is more flexible and rational, but I do not expect fundamental changes, though there may be an easing of pressure with respect to sanctions until Biden's Middle East team is in place," he said.

Ibrahim Matraz, a Yemeni journalist, was also pessimistic about prospects for a shift in U.S. policy after years of conflict that have ravaged his country.

"We shouldn't forget that Biden was vice president in Obama's administration when the war began."

Trump's allegations of fraud in the election without providing evidence prompted some Arabs to say Washington had no right to preach about democracy in their countries, where leaders often win 99 percent of the vote in rigged elections.

"These elections show the real face of America, a country where elections are a farce with the loser not conceding defeat and claiming he won," said Adel al Natour, an industrialist in war-torn Syria, whose leaders face stringent U.S. sanctions. 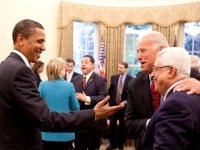