A Noble Pursuit … A Sustainable Peace!

If I may call a spade a spade and call me an egomaniac if you’d like, my 10 Point Peace Initiative is more than a Noble Pursuit. It is worthy of a Nobel Peace Prize. Don’t take my word for it. Read it! You might agree. You’re welcome to disagree as well. Better yet, what are your ideas? Forgive my candor combined with slivers of humor. I know I’m skating on thin ice. Get ready to review the original, the one and only ‘Abraham Accords,’ the real McCoy. 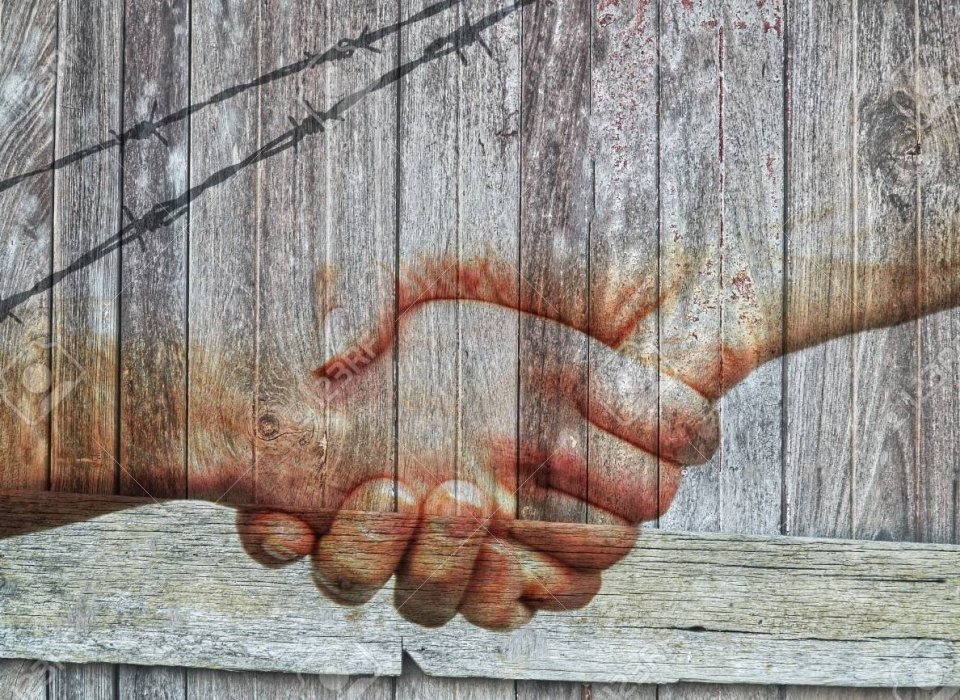 Background! It was 11.00 PM. “Are you coming or not,” my wife summoned right when I was entering into the outer limits with one of those aha experiences.

Read it! Tell me what you think. But first …

My response to the article, ‘Arab, European states call Israel and Palestine to restart talks,’ published recently by Al Jazeera, is: “Not again!” How many times have we gone on this merry-go-around? In the past, those in command of the peace talks dare not take off at full throttle—the results: one deadlock after the other. Oslo, Ottawa, Shepherdstown, The Wye Plantation, Annapolis, Geneva, Madrid, Nicosia, Washington, D.C., London, Bonn, and Vienna have succeeded in producing stalemates often ending in standoffs with one foot in the stirrup, the other in the sand; and, recently, Bahrain.

The European Union could integrate the Arab Peace Initiative with my proposed Abraham Accords to help the people of Israel-Palestine form what Dr. Martin Luther King, Jr. coined, a ‘Beloved Community.’ They had been in each other’s back yards for millennia, some physically, most spiritually.

Any peace accord, minus full reconciliation, including restitution, will inevitably collapse. The wounds will only temporarily be soothed, letting the disease stealthily spread and eventually erupt and explode again (Chapter 5: Abraham – A Life without Borders; Sub-chapter: The EU Compliment – Toward a Beloved Community; Page: 138; Kindle Locations 2761-2766).

The EU-Complement to the Arab Peace Initiative outlined below can make a sustainable difference. “We cannot give up on the search to end this conflict,” says President Obama to me in a letter dated 16 August 2016. President Obama also asserted: “To move forward both parties must face hard choices and make difficult decisions. Only they can accomplish the compromises necessary … to live side-by-side in peace and security” (Chapter 5: Abraham – A Life without Borders; Sub-chapter: The EU Compliment – Toward a Beloved Community; Page: 138; Kindle Locations 2766-2769).

In short, Israel can and will win its war precisely how Germany has won its war: by freeing itself from the chains of ethnocentric nationalism.

Let’s start fresh and anew. All the King’s men can’t put Humpty Dumpty back together again. To paraphrase President Barack H. Obama, critiquing the longstanding American policy on Cuba, “if a policy hasn’t worked for 66 years, isn’t it time to change?” Europe, in conjunction with the full strength of the Arab League, is now ready and motivated to combine resources to help end a conflict it has started (Chapter 5: Abraham – A Life without Borders; Sub-chapter: Change, not Chains Must Be the Goal; Page: 140; Kindle Locations 2811-2814).

With Every Good Wish to You,I am, 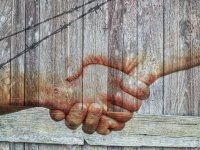