50 years of predictions that the climate apocalypse is nigh 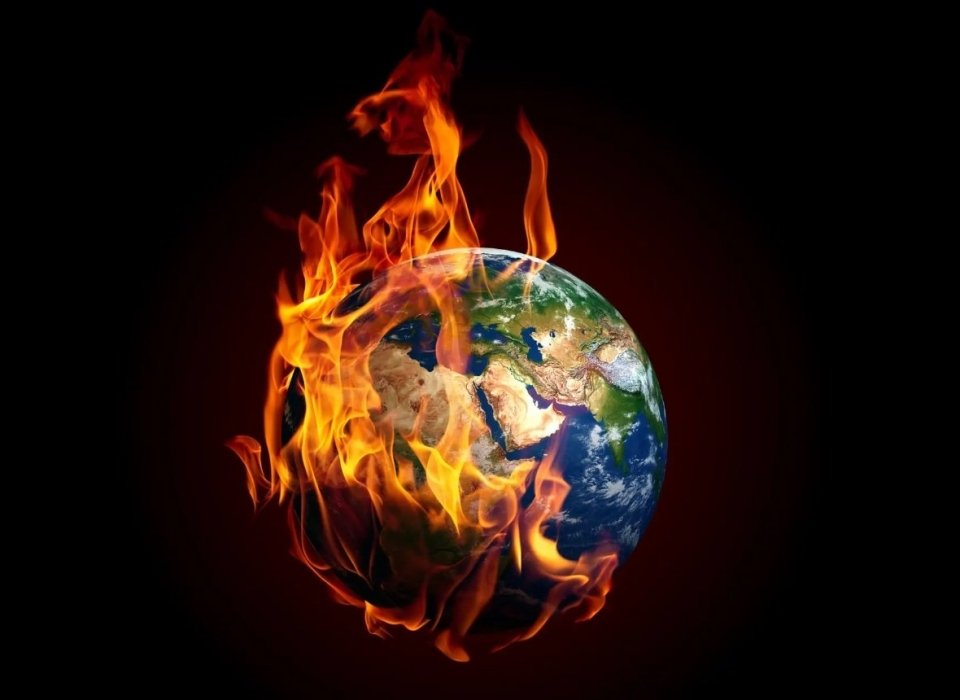 The "end of the world" has been just around the corner for years.
NY Post illustration

For the past two weeks in Glasgow, Scotland, world leaders have gathered at COP 26, the United Nations Climate Change Conference, to listen to the same message: Disaster is just around the corner.

“The world has to step up, and it has to step up now,” former President Barack Obama said. “When it comes to climate, time really is running out.”

Press accounts were similarly Chicken Little-esque. If developed nations don’t phase out oil and gas and give $100 billion in “climate financing,” Paul Behrens, professor in environmental change, told Politico that “the only fact about the future I can declare with certainty is that the world as we know it is coming to an end.”

If it all sounds slightly familiar, consider this news story from 1972:

“We have ten years to stop the catastrophe,” said the UN’s environmental protection boss. That’s one of the headlines collected by Bjorn Lomberg, author of “False Alarm: How Climate Change Panic Costs Us Trillions, Hurts the Poor, and Fails to Fix the Planet.”

Lomberg notes that, for more than 50 years, the United Nations and the media have regularly predicted we’re on the verge of calamity. And they always seem to forget about the last warning.

In 1982, after the catastrophe failed to materialize, the New York Times covered the second UN conference on the environment, which opened “amid gloom”:

The piece quotes Mostafa K. Tolba, executive director of the United Nations environmental program, as saying that if things aren’t fixed by the turn of the century — the year 2000 — the world would face “an environmental catastrophe which will witness devastation as complete, as irreversible, as any nuclear holocaust.’’

In 1989, a senior UN environmental official shaved a year off that dire prediction, saying that if we didn’t fix climate change by 1999, we would have “Global disaster, nations wiped off the face of the earth, crop failures”:

The 1990s passed without the arrival of the End Times (unless you count Vanilla Ice), but that only turned up the volume. In 2004, the Guardian newspaper said a “secret report” from the Pentagon to President George W. Bush said climate change would “destroy us.” 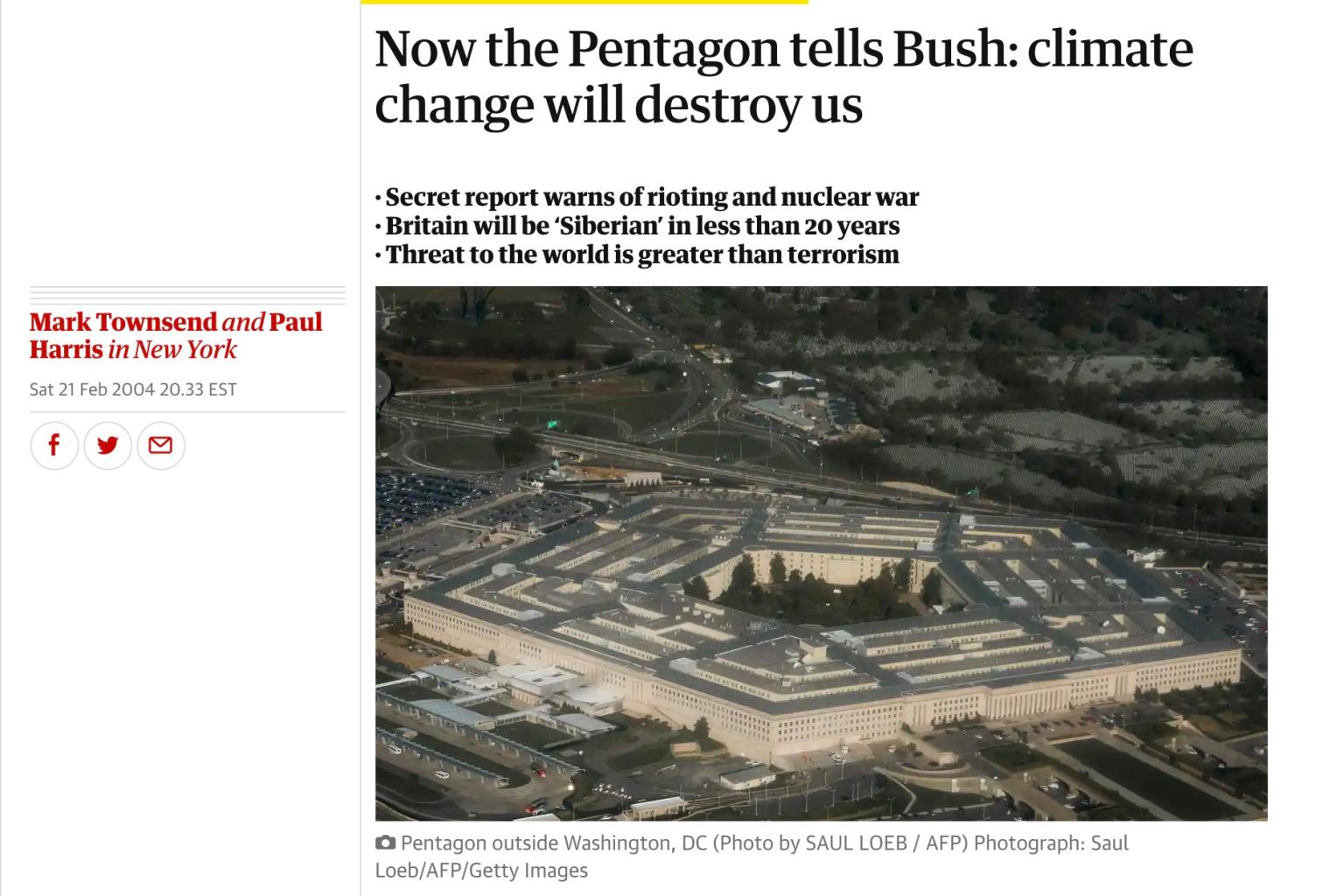 * Major European cities will be sunk beneath rising seas

* Britain is plunged into a “Siberian” climate by 2020

* Nuclear conflict, mega-droughts, famine and widespread rioting will erupt across the world

The Guardian described this as “humiliating to the Bush administration” because they weren’t doing enough to tackle climate change. No word on whether the Pentagon or the Guardian are humiliated now that it’s 2021 and Britain is still experiencing summer.

But then, another dire prediction came and went in the meantime. In 2007, Rajendra Pachauri, head of the UN climate panel, said, “If there is no action before 2012, that’s too late”:

That year did bring disaster in the form of the movie “2012,” but besides John Cusack’s career, the rest of us survived.

But don’t fret, the goalposts have been moved again. As of 2019, the UN said “only 11 years left to prevent irreversible damage from climate change”: 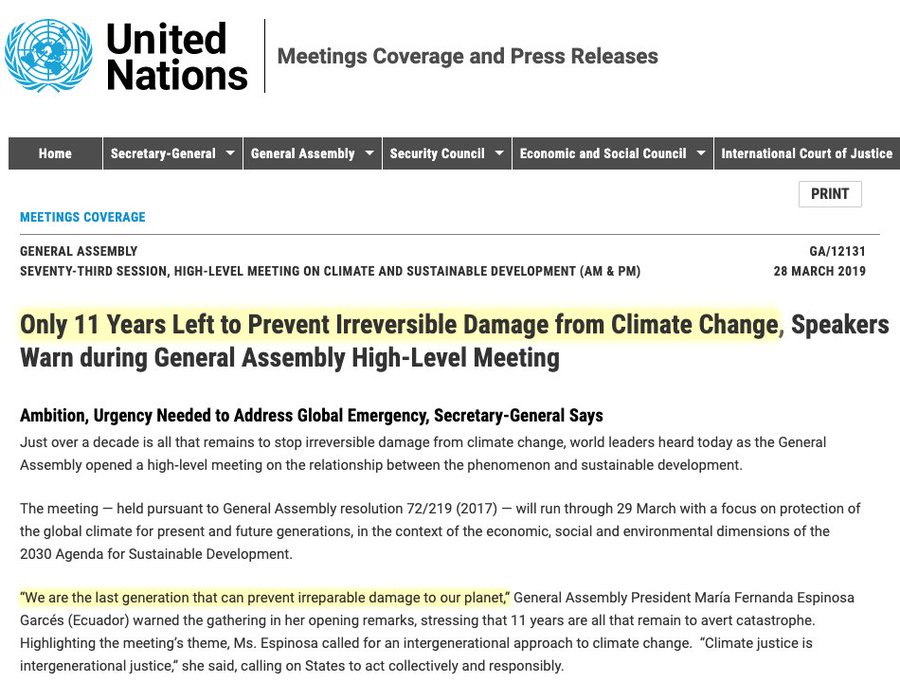 That gives us until 2030 — or 58 years after the warnings of 1972. Advocates for change believe if they just scream louder, or write more like the Book of Revelations, they’ll get the world to agree to a complete upheaval of modern life and trillions in spending. But after decades of alarmism, they sound like the boy who cried warming. People have tuned them out.

Climate change is real, but adapting to it, mitigating it with technology is the most realistic solution. Will China and India just give up on coal, gas and oil overnight? No, and neither will the United States. But emissions already are falling in Western countries, the world is innovating. 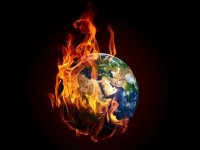