While Pompeo makes unprecedented visit to a West Bank settlement, a General Assembly committee redoubled its commitment to a two-state solution with 163 states voting in favor 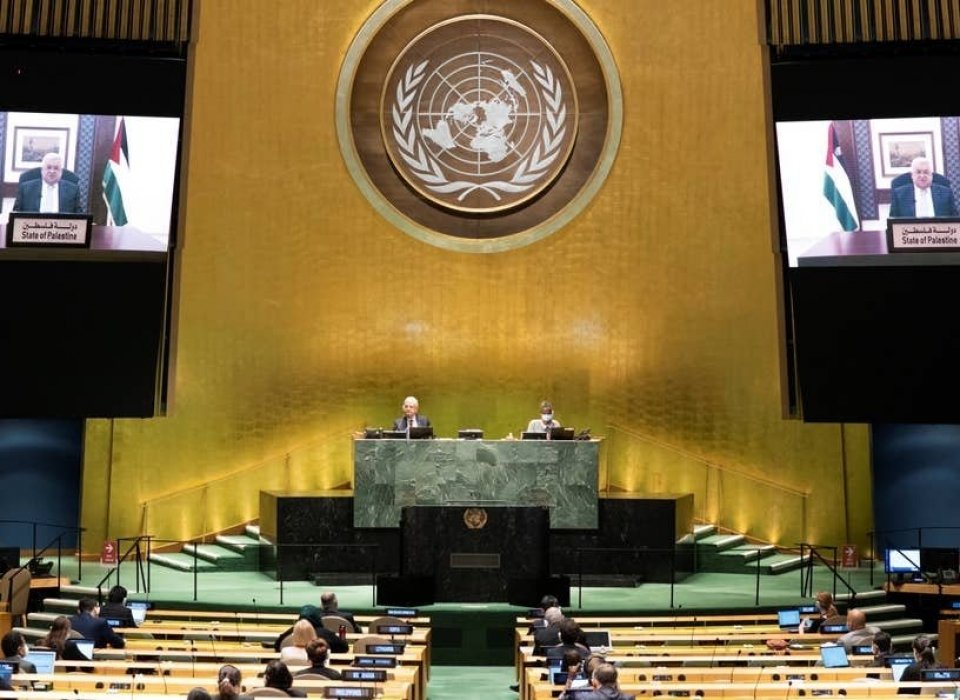 A United Nations General Assembly committee endorsed on Thursday by an overwhelming majority a draft resolution recognizing "the right of the Palestinian people to self-determination, including the right to their independent State of Palestine."

163 states voted in favor, including Canada, where Jewish groups were split between condemning the government's decision to vote in favor and applauding it. Only five states – Israel, the United States, Micronesia, Nauru and the Marshall Islands – voted against the draft resolution, while Australia, Rwanda and eight others abstained.

Palestinian Foreign Minister Riyad al-Maliki welcomed the vote, which he said "was a natural response from the international community to the Israeli occupation's violations, as well as a response to the U.S. Secretary of State Mike Pompeo's visit to the colonial Israeli settlements."

The draft resolution, which also "stressed the urgency of achieving without delay an end to the Israeli occupation that began in 1967 and a just, lasting and comprehensive peace settlement between the Palestinian and Israeli sides," based on a two-state solution, is part of a largely symbolic series of resolutions on Palestinian rights the UN votes on every year, ahead of November 29, the anniversary of its 1947 vote on the Israel-Palestine partition plan. Another Thursday vote at a different General Assembly committee reaffirmed a resolution stating that Israeli settlement in the West Bank and East Jerusalem aren't part of Israel. 156 states voted in favor.

The vote follows Pompeo's visit to an Israeli settlement in the West Bank earlier on Thursday, the first top U.S. diplomat to make such a visit, where he announced that products from the settlements can be labeled “Made in Israel” in a major policy shift.

This reflected the Trump administration’s acceptance of Israeli settlements, which the Palestinians and most of the international community view as a violation of international law and a major obstacle to peace.

The new State Department guidelines "ensure that country of origin markings for Israeli and Palestinian goods are consistent with our reality-based foreign policy approach," an official statement said.

"In accordance with this announcement, all producers within areas where Israel exercises the relevant authorities – most notably Area C under the Oslo Accords – will be required to mark goods as 'Israel,' 'Product of Israel,' or 'Made in Israel' when exporting to the United States."

According to this approach, the statement said, "Area C producers operate within the economic and administrative framework of Israel and their goods should be treated accordingly." Goods produced elsewhere in the West Bank, in areas under Palestinian control, will be marked as products of "West Bank," while Gazan goods will be products of "Gaza." Previously, products from either territory were sometimes marked "West Bank/Gaza."

Pompeo's itinerary also included a visit to the Golan Heights, in a break from prior U.S. State Department policy regarding visits to disputed regions, and he also announced during his press briefing with Netanyahu that the State Department will "regard the global anti-Israel BDS campaign as antisemitic," referring to the boycott, divestment and sanctions movement. 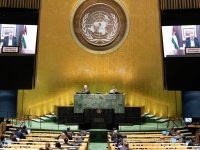