Can we afford not to have reconciliation?

Co-author of “The Qur’an, A Contemporary Understanding, with References to the Bible”

We live in dangerous times in which the world’s Christians and Muslims are being pitted against each other. 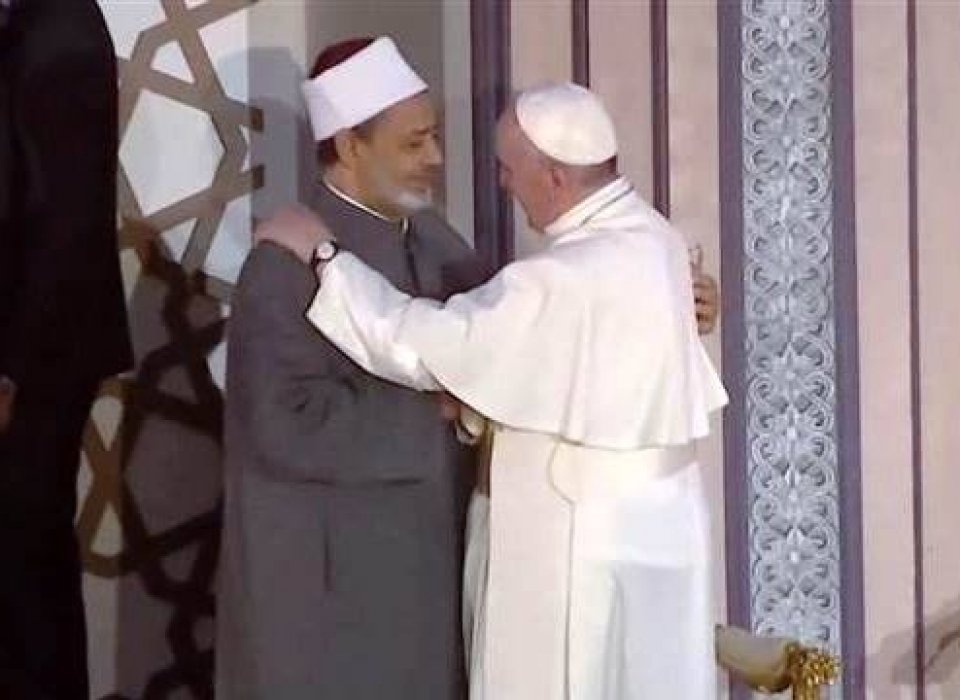 We simply cannot afford more misunderstanding and violence between our two communities. The challenges our world is facing are profound: The U.S. has forces engaged in armed conflicts in Afghanistan, Iraq and Syria, and probably soon in North Korea among other places. We also have a possible conflict with Russia, a country that possesses the world’s second-largest nuclear arsenal. We have global poverty and starvation as a result of wars, threatening several places such as Yemen and East Africa.

The more wars the U.S. is fighting in Muslim lands the more grievances Muslims will have to hold on to. You would think that after decades of fighting these unwinnable wars we would have learned that negotiations will bring better results than more killing. But no, we are still expanding our engagement; it seems war is our default position.

In the meantime, organizations with warped ideas about Islam, like ISIS, keep finding new recruits as long as they can claim that Islam is under attack from the U.S. and its allies and the future of Islam itself is in grave danger.

For the sake of our future generations it is high time for Christians and Muslims leaders to get together and find ways to cooperate; the alternative will be perpetual conflicts around the globe.

“Persuasion and example are the methods taught by the Carpenter of Nazareth, and if we believe in Christianity we should try to advance our ideals by His methods. We cannot practice might and force abroad and retain freedom at home. We cannot talk world cooperation and practice power politics.”[1]

In the meantime the Qur’an teaches: “But if they incline towards peace, you incline to it as well and place your trust in God.” (8:61)

Intellectuals of good will, on both sides, thought that peace between our people would start once they were able to identify convincing common ground for the adherents of the two religions. They launched the Common Word Initiative. But this was not enough. People on both sides have grievances and they need to feel that their grievances are recognized and properly addressed by the other. A process to address these grievances needs to be developed so people on both sides will feel that resolution to the conflicts can be attained.

The U.S. feels it was targeted by Islamists on 9/11 and feels it is still targeted for attacks. Its war in Afghanistan and its invasion of Iraq were a direct response to that attack, but so far the War on Terror did not produce a more secure United States. It probably created more terrorists. American Christians feel that Christian minorities in Muslim majority countries are often persecuted. They don’t have equal rights and they are targeted in certain areas by Islamists who commit atrocities against them.

On the other hand, Muslims feel that Europeans committed atrocities while colonizing Muslim areas. They fragmented their lands by creating national states with artificial borders. This lead to conflicts that are still raging, as if the Europeans meant to keep the Muslim world burning and undeveloped. Not only that, they are still at it, trying to redraw these same borders again and again to further weaken Muslims and to make sure that they will never be able to be a threat. The Muslim world feels that the western world facilitated the creation of the state of Israel, but now is not taking responsibility to solve the resulting problems between Israel and its neighbors. Peace they feel is theoretically possible, though in practice it seems perpetually out of reach.

While the U.S. was not a colonizing power, it is seen today as the legal heir to the Western interests and the power that is still keeping conflicts in the Muslim world raging without a solution in sight. Oil, they think, is all the U.S. care about and not people. Muslims, especially in the Arab world, say that after the American tanks rolled into Iraq, they were followed by an army of missionaries trying to convert them. So they are accusing the U.S. not only of using false pretexts to invade their land, but also saying that its real aim is to spread the Christianity of the conqueror.

The grievances on both sides are real and need to be addressed. They need to be heard and acknowledged. We can’t afford to keep this mounting conflict going. Again, we have people of good will doing their best to build trust and to help put an end to this conflict.

On January 27, 2016, at a time of heightened social hostility fueled by violent extremism, widespread Islamophobia and minority persecution, sometimes justified by misrepresentations of Islamic teachings, 250 of the world’s eminent Islamic leaders convened in Morocco at the invitation of His Majesty King Mohammed VI to discuss the rights of religious minorities and the obligation to protect them in Muslim majority states. The meeting was successful and we now have the Marrakesh Declaration calling for the writing of national constitutions confirming the rights of minorities based on Islamic principles and the U.N. Universal Declaration of Human Rights. This is of immense importance as Muslim scholars, for the first time, were calling for the writing of constitutions to guarantee freedoms.

This was followed by an important conference at Al Azhar, one of the most authoritative religious institutions of the Sunni world, held last February in collaboration with the Muslim Council of Elders. The conference was focused on “Freedom, Citizenship, Diversity and Integration.” Sunni leaders from all over the world participated, including Nepal and Pakistan, Shiite Muslims, Yazidis, Protestants, Orthodox Christians and Catholics. Many oriental patriarchs and representatives of Oriental Christian denominations were also present.

The conference’s concluding document was called the “Declaration of al-Azhar on Mutual Islamic-Christian Coexistence.”

Citizenship was the main focus, and coexistence was confirmed as part of the Islamic world’s heritage. The Grand Imam himself read the final communique that spoke of replacing the language of “minorities” and “majorities” with the principle of citizenship, with equal rights and responsibilities for all citizens, regardless of religion, ethnicity or language, and he went on to issue a strong call for protecting freedom of belief, particularly religious belief, rejecting all religious coercion. This is a major step forward for the Muslim world and a major blow to ISIS’s ideology.

On April 24, 2017, Al Azhar hosted Pope Francis for yet another conference to forge stronger ties and call for peace and reconciliation among Christians and Muslims. In a video message posted online last week, Pope Francis said he would like his visit to “be a witness of my affection, comfort and encouragement for all the Christians of the Middle East” and “a message of friendship and respect” for Egyptians and the region. His visit, he added, was also “a message of brotherhood and reconciliation” with the Muslim world.

“Our world is torn by blind violence, a violence that has also struck the heart of your beloved land,” Francis said. “Our world needs peace, love and mercy.”

These Christian and Muslim world leaders are telling all of us that they recognize the grievances we have and they intend to offer together solutions based on mutual respect for every citizen. It is high time for our political leaders to join the effort, assuring all of us that a new language of reconciliation will be used while we are talking to and about each other. Muslims need to follow the teachings of the Qur’an:

“We have assigned to each of you a law and a way of life. If God had wanted, He could have made all of you a single community, but instead He is testing you by means of what He has revealed to you. So compete in doing what is good. You will all return to God, and He will clarify these matters about which you have differed.” (5:48)

Yes, Christians and Muslims should compete in serving each other. Pure religion, as James taught[4], is caring for orphans and widows in their distress and refusing to let the world corrupt us. Let the U.S. compete by helping the poor fragmented Muslim world have sustainable development, so the youth will have hope and something to protect when they want to build their own families. The Muslim world needs to persist in its attempts to re-examine the teachings that lead some Muslims to follow a path of terror. It needs to continue to focus on human rights for all its citizens regardless of religion, ethnicity or language and they need to listen to their own Qur’an when it teaches them to respect and accept the other. When Jesus spoke about loving your enemies, he meant that this is the best possible way toward building peace.

[1] A statement made on the floor of Congress by Congressman Howard Buffett more than half a century ago. 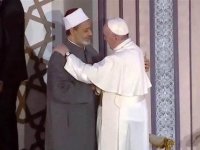