AN OPEN LETTER TO U.S. CHRISTIANS FROM A PALESTINIAN PASTOR

“Pray for the peace of Jerusalem!” 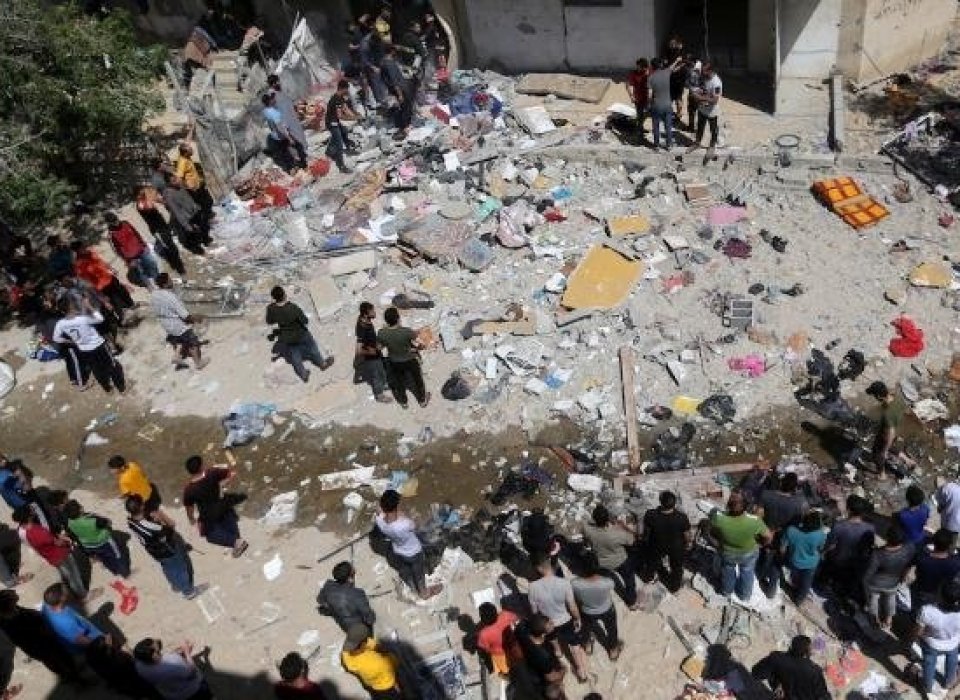 Palestinians gather at the scene where a house was hit by an Israeli air strike in the southern Gaza Strip on May 12, 2021. REUTERS/Ibraheem Abu Mustafa

Palestine and Israel are back in the news. So again, we Palestinians hear this common refrain. But such calls for prayer are no longer enough. I say this as a Palestinian pastor who believes in prayer, leads prayer services for peace, and genuinely values your good intentions.

But good intentions are not enough.

Peacemakers of every faith pray — and they discern what’s really happening, call things by their names, then speak truth to power. Here’s how this works.

Call things by their names

Peacemaking begins by refusing to repeat the common descriptor of what is happening in Palestine and Israel: a conflict. Palestinians are not experiencing a conflict between two parties. We Palestinians are experiencing an occupation: one nation controlling another; the laws, policies, practices, and military of one state oppressing the people of another, controlling nearly every aspect of our lives. Palestinians in Jerusalem are not facing evictions from their homes. They are experiencing ethnic cleansing, which the U.N. has described as “a purposeful policy designed by one ethnic or religious group to remove by violent and terror-inspiring means the civilian population of another ethnic or religious group from certain geographic areas.”

Non-Jewish citizens of Israel are not just enduring discrimination. They are experiencing apartheid. Israel’s infamous 2018 nation-state law — which, among other things, stated that Israel’s right to “exercise national self-determination” is “unique to the Jewish people” — along with other policies and practices, has transformed de facto discrimination into racism de jure.

The more than 2 million people living in Gaza are not choosing to experience hardship, food deprivation, a lack of clean water, and consistent energy. They are confined to the world’s largest open-air prison where — unable to come and go, import and export, or even fish in the open waters off their shore without Israeli permission — Israeli snipers pick off their children and Israel’s air force bombs their city indiscriminately.

For over 70 years, Palestinians have not been arguing over who owns what land. No, we have experienced the terror and loss that comes from settler colonialism, the systematic removal and erasure of native inhabitants from their land, most recently in the Sheikh Jarrah neighborhood of East Jerusalem.

Calling things by their names is a necessary step toward resolving any conflict. Using the words racism and apartheid may cause pause — but these are the descriptors that define our daily lives.

Do not take our word alone for it.

Read the January report issued by the respected Israeli human rights organization B’tselem, “A regime of Jewish supremacy from the Jordan River to the Mediterranean Sea: This is apartheid.” Read the April report from Human Rights Watch, “A Threshold Crossed: Israeli Authorities and the Crimes of Apartheid and Persecution.” Read Nathan Thrall’s analysis in the London Review of Books.

Until peacemakers use terms that accurately describe our realities, the opportunities for peace remain distant.

For years, Christian-Jewish dialogue was misused as a tool to silence criticism of Israel. In the 1990s, Jewish theologian Marc H. Ellis wrote about a significant, unspoken “agreement” between Christians and Jews. He observed that the “ecumenical dialogue” between liberal Christians and Jews had turned into what he described as an “ecumenical deal”: repentance on the part of Christians for having aided in or having failed to speak out against the atrocities committed by Germany, and the prospect of an ongoing conversation devoid of any substantive criticism of Israel.

While the “deal” has broken down in many Christian denominations in the U.S. and in many quarters of the Jewish community, it is still used to silence Palestinian Christians, labeling us antisemitic when we criticize the state of Israel or speak out against the secular project of Zionism.

It is time Christians begin engaging new Jewish partners. Listen to groups like Jewish Voice for Peace, IfNotNow, B’tselem, Yesh Din, Rabbis for Human Rights, Breaking the Silence, and others who challenge the occupation. Listen to and dialogue with people like Marc H. Ellis, Mark Braverman, Rabbis Brant Rosen and Alissa Wise, and others who defend Palestinian rights out of their Jewish beliefs and convictions. Take the word of Bernie Sanders, who recently challenged the racist policies of the state of Israel.

For years, Western Christian theology has been part of the matrix that empowers the Israeli occupation. It’s a theology that describes God’s unique faithfulness to Israel, the fulfilment of prophecy, and the “return” of Jews to “their” land. Adherents embrace the myth that the land was devoid of people when the state of Israel was created, or worse, that it was occupied by the enemies of God.

It is time for Christians in some communions to confess and repent from their total disregard for the existence of Palestinians. It is time to change the theological narrative that renders the state of Israel invincible to errors and beyond any judgment.

Theology matters. And if any theology trumps the ethical-biblical teachings of Jesus on love, equality, and justice, then we must rethink that theology. If any theology produces apathy to injustice, it must be re-examined.

Don’t describe Palestinian Christians’ efforts at creative resistance as criminal: We believe the call for sanctions, economic measures, and our nonviolent demonstrations are justified resistance. To insist on our dignity and God-given rights in our own land is not antisemitic; even the recent Jerusalem Declaration on Antisemitism, a statment produced by more than 200 scholars of antisemitism and related fields, acknowledges this.

Some have accused Palestinian Christians of hating Jews and of rejecting the right to nationhood for Israel. Though they have gone unacknowledged or been rejected as disingenuous, our statements have clearly rejected antisemitism and racism of any form. Our hope, our desire, is to live side by side with our Jewish neighbors in a reality of a just peace.

My plea to fellow Christians

I call upon you to share — both in word and action — our vision of a reality in which we both end the occupation and live together in peace with our Israeli neighbors.

We do not hate Jews. We do not seek to destroy Israel. We want our freedom. We want to live in dignity in our homeland. We want to live in a reality where all the people of the land, Palestinians and Israelis, Jews, Muslims, and Christians, have the same rights and live under the same laws, regardless of their faith, nationality or ethnicity.

Many years from today, when our descendants look back on the long misery of the Palestinians, they will not judge kindly the willful neglect of the global church. We Palestinian Christians will not let you pretend that you did not know.

You will either take a stand to end the oppression of the Palestinian people or continue to be part of the matrix that allows it. The words of Elie Wiesel in his 1986 Nobel Prize acceptance speech cannot be more true today:

Munther Isaac
Rev. Dr. Munther Isaac is the pastor of the Evangelical Lutheran Christmas Church in Bethlehem, academic dean at Bethlehem Bible College, and the director of the Christ at the Checkpoint conferences. His latest book is The Other Side of the Wall: A Palestinian Christian Narrative of Lament and Hope. 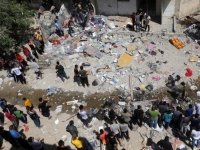