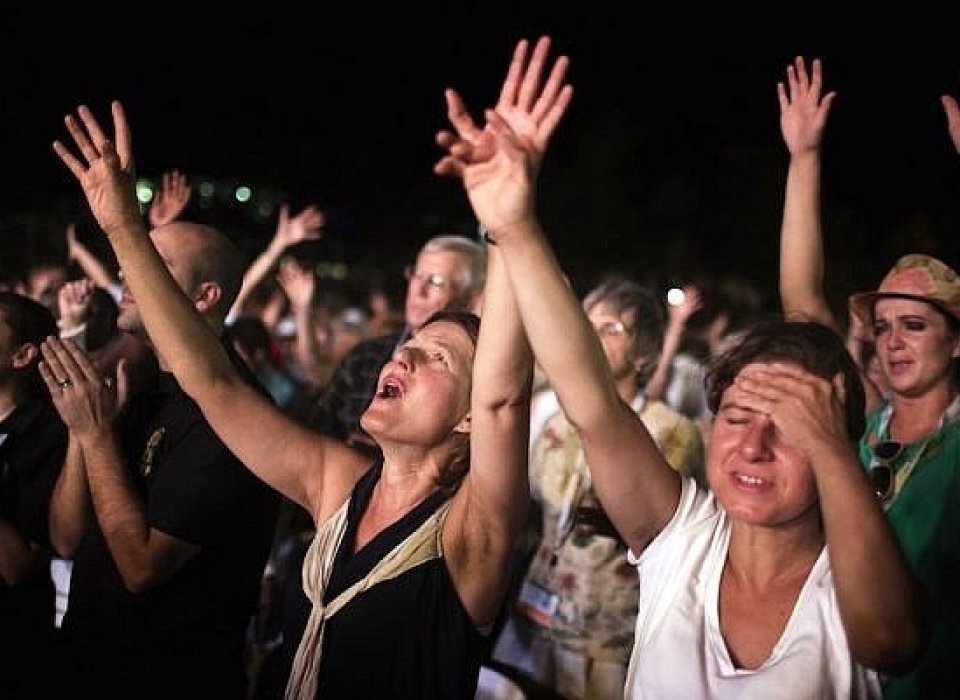 Illustrative: Thousands of evangelical Christian pilgrims pray during a prayer gathering on the Dead Sea shore in Ein Gedi on September 20, 2013 in the Judean Desert, during their the annual visit to Israel to mark the Jewish holiday of Sukkot (Tabernacles) and to express solidarity with Israel. (AFP PHOTO/MENAHEM KAHANA)

NEW YORK (JTA) — A new study has some troubling news for Israel and its supporters, who have come to rely on the political and financial support of the 25 percent of Americans who identify as evangelical Christians.

And while the summary may overstate the case, the survey, underwritten by Chosen People Ministries (which seeks Jewish converts to Christianity), shows that young evangelicals are less supportive and more ambivalent about the State of Israel than their older counterparts.

Though a majority of respondents aged 18-34 have a positive view of Israel, that number is lower than for all other age groups: 58 percent of millennials view the Jewish state positively, compared to 76 percent of those 65 or older.

The survey, which included 2,000 respondents and had a margin of error of plus or minus 2.7 percent, also found that millennial evangelicals were the most likely to say they are unsure of how they see Israel, at 30 percent. That number was 16 percent for the group 65 and over.

That gap, though not as dramatic as the report’s introduction would have it, could have significant policy implications.

With over 3.8 million members, Christians United for Israel is the country’s largest pro-Israel group. And while predominantly Jewish groups such as the American Israel Public Affairs Committee are influential, many liberal American Jews have become more critical of Israel in recent years as its government has turned more to the right and failed to make concessions to non-Orthodox denominations.

In 2012, CUFI noted a decline in support for Israel among younger Christians, said the group’s founding director, David Brog.

That change was in part because millennial evangelicals are less likely to take the Bible literally, according to Brog. Evangelical support for Israel is often driven by theology.

“Once you’re no longer bound to Israel through a literal interpretation of the Bible, that means you’re in play — you could be pro-Israel, you could be anti-Israel, depending on your view of the morality of the conflict,” he told JTA.

Brog said he also found that there was “an industry of taking young Christian leaders on trips to the Middle East, where they were fed a really dishonest view of conflict.” In a 2014 article, he cited the Telos Group, the Global Immersion Project and the Holy Land Trust as examples of organizations promoting what he called a pro-Palestinian or biased view of the conflict. 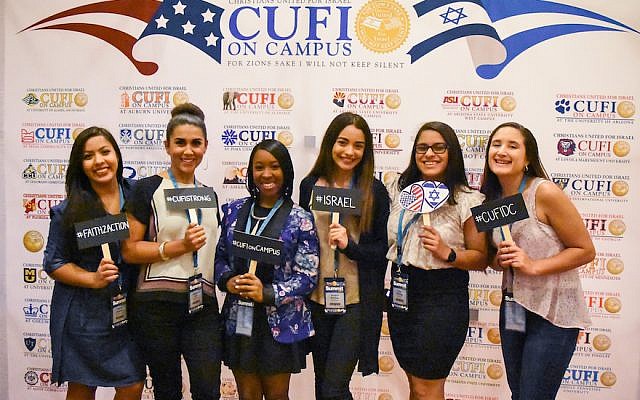 “We should be concerned by a tendency on the younger generation to be ambivalent toward Israel, and we would be absolutely wrong to assume that as they get older they will just somehow come around to supporting Israel,” he said.

Evangelicals support Israel for a variety of reasons, said Stephen Spector, a professor at Stony Brook University who has published a book about Christian Zionism.

Prophecies about Israel’s role in the end of days play a role for some evangelicals, although it is far from the only reason, according to Spector. God’s promise regarding the Jews in Genesis 12:3 (“I will bless those who bless you, and him who curses you I will curse”), the belief that Jews are God’s chosen people and the fact that Israel is the only democracy in the Middle East are all central to evangelical support for the Jewish state.

“I think for most American evangelicals they just have the impression God loves the Jews, has chosen the Jews and they want to be on God’s side,” Spector told JTA.

Younger evangelicals are less likely to base their views of Israel on theology than older generations, said the Rev. Mae Cannon, the executive director of Churches for Middle East Peace, a coalition of 27 mostly liberal church denominations. 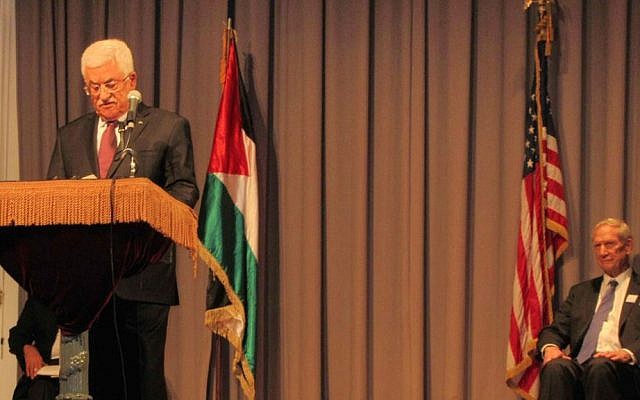 “While people 55 and older, their view toward Israel may be very theologically founded, if they’re dispensationalists or Christian Zionists, these types of theologies are a little less prevalent or less overt in the millennial generation,” Cannon told JTA. Dispensationalists believe that Israel as a nation will embrace Jesus in advance of the Second Coming.

Cannon said that while “a zero-sum game” attitude regarding the Israeli-Palestinian conflict is common among older evangelicals, younger Christians are more open to nuanced views.

“I think millennials are some of the people who have the potential to think outside that framework,” she said.

Race also plays a part, said the Rev. Tony Campolo, a leader of the evangelical left and a former spiritual adviser to President Bill Clinton.

Indeed, the survey found that 50 percent of African-American evangelicals had a positive view of Israel — the lowest among all groups.

Many young white Christians are joining megachurches where pastors often preach a pro-Israel narrative, while black evangelical churches are increasingly identifying with the Palestinians over Israel, according to Campolo.

“There’s a real split there,” he said.

Sixty-two percent of the LifeWay respondents were white, while 20 percent were black, 13 percent were Hispanic and 5 percent belonged to a different group. Many other surveys on evangelicals tend to poll white evangelicals as a separate group, noted Spector, saying that including non-whites may result in lower levels of support for Israel.

In 2014, CUFI launched the Israel Collective, an initiative targeting young Christians through short videos about Israel and trips to the country. Brog says it has been successful in swaying many young evangelicals.

“Some of the worst manifestations of this turn against Israel were quickly neutralized, which is great,” he said. “But still at the end of the day you have a generation that’s approaching the issue differently, that is really saying, ‘before I choose which side I’m on, I want to know which side is more moral.’” 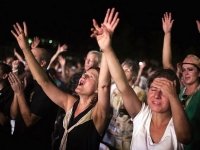