No Mr. Schumer, the Torah is Not a Real Estate Book

In his shameful appeasement at the recent AIPAC convention where Zionists and non-Zionist politicians are ordered to recite their pledge of allegiance to Israel and line up to “kiss ass”, always under constant fear from AIPAC to lose their jobs, Senator Schumer an Israeli First and foremost, presented himself as an Israeli who believed that the Torah is a “Real Estate Book and Deed” granted by G-d and not as most scholars agree, written by scholars and Rabbis, certainly not Moses. 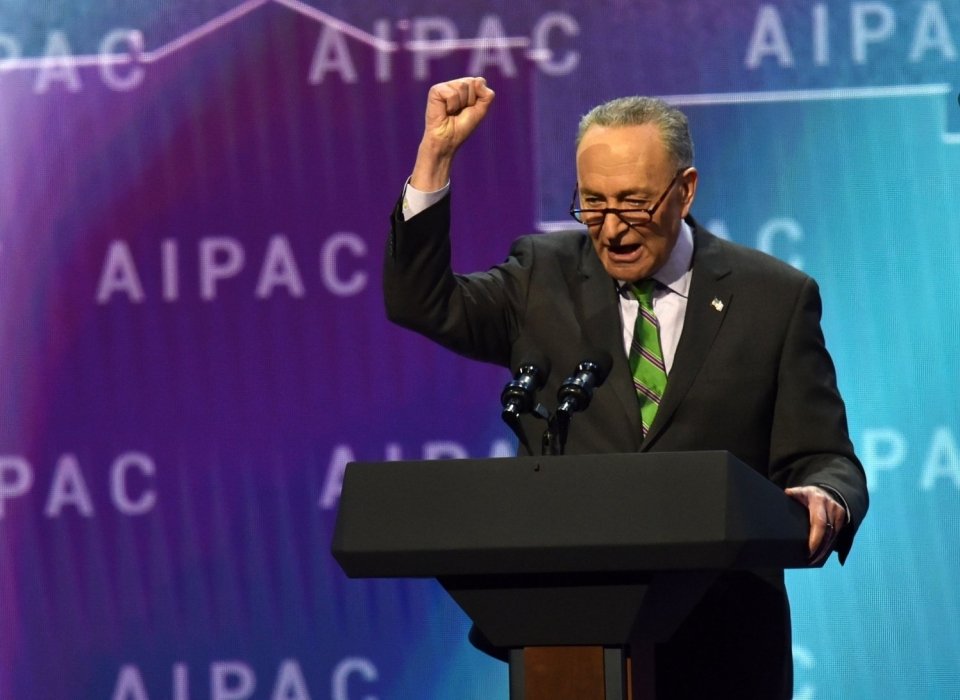 He denounced Arabs and Palestinians as people in self-denial who do not believe in the Torah and who do not believe that G-d gave the land of Palestine to the Israelis and Zionism. He stood up and declared that the conflict with Israel is the Arabs and Palestinians’ refusal to recognize Israel as a “Jewish State” as a state where he counted himself a member and citizen. Talk about dual loyalty?

Senator Chuck Schumer, an Israeli First never an American First. concluding the essence of the conflict in that the Arabs and Muslims’ refusal to believe in the Torah; “Of course, we say it’s our land, the Torah says it, but they don’t believe in the Torah. So that’s the reason there is no peace. They invent reasons, but they do not believe in a Jewish state and that is why we, in America must stand strong with Israel through the thick and thin.” Did he say as US senator that “we say it is our land” for sure he was not referring to his land as the US, but Israel.

I am not a religious scholar and do not pretend to be one, though many years ago while living in Geneva I bought and read the five Books of Moses. But that was long ago, and memory tends to fail me at my age. So I did some research and interestingly enough I looked up the Torah to understand what Senator Schumer has to say.

Elon Gilad, an Israeli scholar, wrote back in 22 October 2014 and writing in Haaretz under the title “Who Wrote the Torah?” concluded “for thousands of years people believed that the five books of the Pentateuch were written by Moses, but it couldn’t have been, academics say.”

Gilad base his conclusion on “four characteristics recurring in the Torah. (1) The language used in different sections differs widely; (2) Varying ideology; (3) Contradictions in the narrative; (4) The text is strangely repetitive in part, for no obvious reason, indicating that two versions of a single story were included.”

Here is where I or we have a problem. Do we believe that G-d wrote the book and delivered it to Moses in the full text or simply made it simple to Moses by giving him the Ten Commandments, in which nowhere the “promised land” was mentioned? Even if there was a “promise” does this mean Schumer and his elks are deemed beneficiaries of such promise?

If the Torah was not written by Moses or by G-d why should we believe what Senator Schumer wants to believe, in that G-d or Moses were acting as “real estate agents”, and having done a full title search concluded that Senator Schumer is entitled to the land of Palestine at the exclusion of all those who inhabited the land over tens of thousands of years. In other words Senator Schumer believes in ethnic cleansing not different from the one exercised in Germany.

Yes, Senator Schumer we do not believe in the promise land, nor do we believe that G-d or Moses granted you or Bibi Netanyahu or Avigdor Lieberman the land of Palestine, and it is not true that the Arabs and Palestinian failings to recognize Israeli as a Jewish State is the reason for the conflict. It seems your selective memory is not helping you.

No, Senator Schumer we do believe in the Torah as a Holy Book for the Jews but not a Real Estate Book for Zionists like you, and we do believe and recognize “Jewish values” as enshrined in the Ten Commandments but we do not believe in your racist Zionism, certainly we do not believe that you are entitled to the land of Palestine. No Mr. Schumer it is not your Fucking Land.

Sami Jamil Jadallah is an advocate of the One State Solution, a Democratic Civil State for all of its people; Israelis and Arabs, Jews, Christians and Muslims and is one of the authors of the Preamble for the One State (www.1not2org) and believes that Palestine/Israel should be One State with equal citizenship. 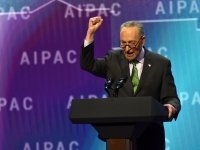