Over the past week, we have been witnessing a massive police riot across the United States in response to the protests sparked by the police killing of George Floyd. The demonstrations have spread from Minneapolis, where Floyd was killed by Officer Derek Chauvin who kneeled on his neck for over eight minutes, to cities across the world.

On Monday, President Trump promised only more bloodshed when he threatened to send in the military to put down the uprising. 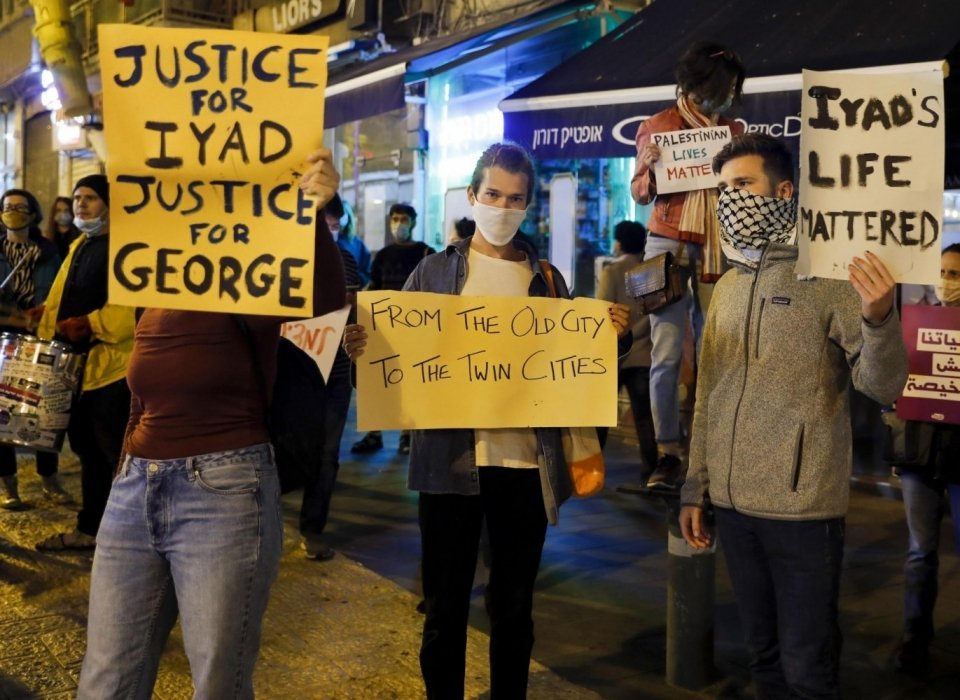 Just days after Floyd was killed, Israeli Border Police officers gunned down Iyad al-Hallaq, a Palestinian man with autism, while on his way to his special needs school in Jerusalem. Al-Hallaq, who was laid to rest on Sunday, was killed after the officers suspected he was carrying a weapon and ordered him to stop. When he fled the scene fearing for his life, the officers chased him down and opened fire.

The connection between the killings isn't coincidental. As Ashraf Ghandour wrote this week, Blacks in America and Palestinians in Israel-Palestine face similar structures of oppression: "The knee that choked George Floyd is part of the same oppressive force that pulled the trigger on Iyad al-Hallaq."

Meanwhile, the brutal response by law enforcement across the United States — including tear gas and rubber bullets — is a stark reminder of what Mairav Zonszein calls a "mainstay of Israeli occupation, tactics taken right out of the Israeli playbook."

Al-Hallaq's killing is unique inasmuch as it has prompted expressions of regret from a number of top Israeli officials, including Defense Minister Benny Gantz. It has also led to protests across the country that have put front and center the connection between police brutality against Blacks and Palestinians.

In the U.S., Chauvin is facing second-degree murder charges, and there is a good chance that the officers who killed al-Hallaq will face trial as well. But these are exceptions to the rule in countries where state violence is routinely whitewashed, and where justice is hard to come by.

There are, of course, many significant differences between the situation in the U.S. and the one here in Israel-Palestine. And yet, the killing of George Floyd and the uprising that has come in its wake have taught us that it is impossible to ignore structural and systematic violence forever. At some point, the powder keg will explode. 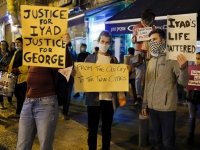