How Israel wages its war on Palestinian history 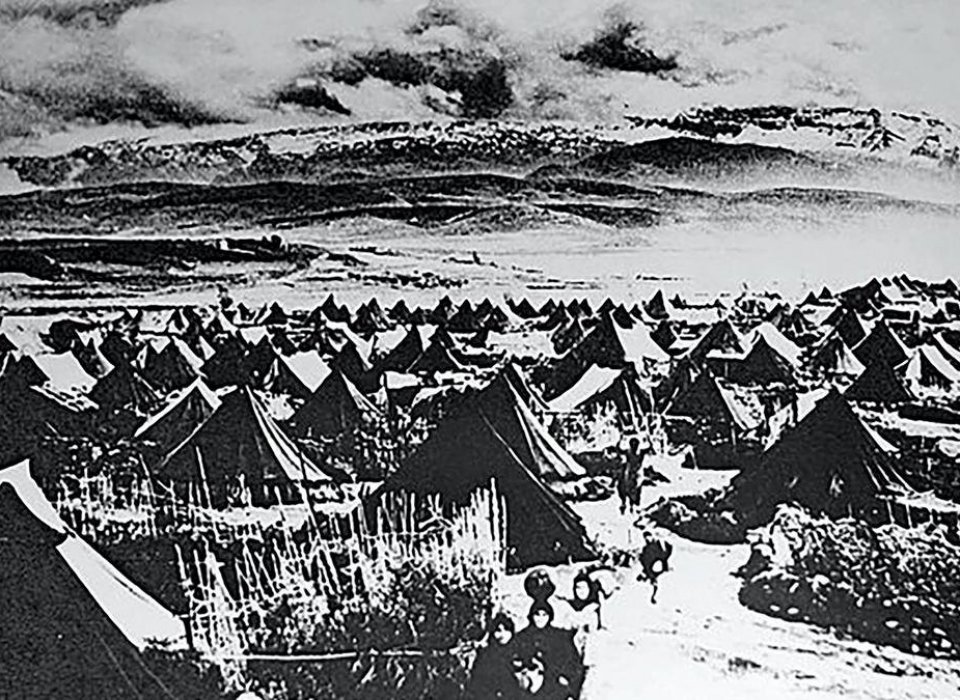 A Palestinian refugee camp in 1949. Israeli archives confirm massacres of Palestinian civilians carried out in 1948, the year Israel was established. Alamy Stock Photo

When the Palestinian actor Mohammed Bakri made a documentary about Jenin in 2002 – filming immediately after the Israeli army had completed rampaging through the West Bank city, leaving death and destruction in its wake – he chose an unusual narrator for the opening scene: a mute Palestinian youth.

Jenin had been sealed off from the world for nearly three weeks as the Israeli army razed the neighbouring refugee camp and terrorised its population.

It was not hard to infer Bakri’s larger meaning: when it comes to their own story, Palestinians are denied a voice. They are silent witnesses to their own and their people’s suffering and abuse.

Mohammed Bakri, centre, has been in legal trouble for years since making the documentary film Jenin, Jenin. Courtesy Pyramide Films

he irony is that Bakri has faced just such a fate himself since Jenin, Jenin was released 18 years ago. Today, little is remembered of his film, or the shocking crimes it recorded, except for the endless legal battles to keep it off screens.

Bakri has been tied up in Israel’s courts ever since, accused of defaming the soldiers who carried out the attack. He has paid a high personal price. Deaths threats, loss of work and endless legal bills that have near-bankrupted him. A verdict in the latest suit against him – this time backed by the Israeli attorney general – is expected in the next few weeks.

Bakri is a particularly prominent victim of Israel’s long-running war on Palestinian history. But there are innumerable other examples.

For decades many hundreds of Palestinian residents in the southern West Bank have been fighting their expulsion as Israeli officials characterise them as "squatters". According to Israel, the Palestinians are nomads who recklessly built homes on land they seized inside an army firing zone.

The villagers’ counter-claims were ignored until the truth was unearthed recently in Israel’s archives.

These Palestinian communities are, in fact, marked on maps predating Israel. Official Israeli documents presented in court last month show that Ariel Sharon, a general-turned-politician, devised a policy of establishing firing zones in the occupied territories to justify mass evictions of Palestinians like these communities in the Hebron Hills. The residents are fortunate that their claims have been officially verified, even if they still depend on uncertain justice from an Israeli occupiers’ court.

A Palestinian shepherd and his son take their flock of sheep and goats out to graze in the Hebron Hills. Palestinian communities, such as those living in Hebron Hills, are marked on maps predating Israel. Heidi Levine for The National

Israel’s archives are being hurriedly sealed up precisely to prevent any danger that records might confirm long-sidelined and discounted Palestinian history.

Last month Israel’s state comptroller, a watchdog body, revealed that more than one million archived documents were still inaccessible, even though they had passed their declassification date. Nonetheless, some have slipped through the net.

The archives have, for example, confirmed some of the large-scale massacres of Palestinian civilians carried out in 1948 – the year Israel was established by dispossessing Palestinians of their homeland.

In one such massacre at Dawaymeh, near where Palestinians are today fighting against their expulsion from the firing zone, hundreds were executed, even as they offered no resistance, to encourage the wider population to flee.

Other files have corroborated Palestinian claims that Israel destroyed more than 500 Palestinian villages during a wave of mass expulsions that same year to dissuade the refugees from trying to return.

Official documents have disproved, too, Israel’s claim that it pleaded with the 750,000 Palestinian refugees to return home. In fact, as the archives reveal, Israel obscured its role in the ethnic cleansing of 1948 by inventing a cover story that it was Arab leaders who commanded Palestinians to leave.

The battle to eradicate Palestinian history does not just take place in the courts and archives. It begins in Israeli schools.

A new study by Avner Ben-Amos, a history professor at Tel Aviv University, shows that Israeli pupils learn almost nothing truthful about the occupation, even though many will soon enforce it as soldiers in a supposedly “moral” army that rules over Palestinians.

Maps in geography textbooks strip out the so-called “Green Line” – the borders demarcating the occupied territories – to present a Greater Israel long desired by the settlers. History and civics classes evade all discussion of the occupation, human rights violations, the role of international law, or apartheid-like local laws that treat Palestinians differently from Jewish settlers living illegally next door.

Instead, the West Bank is known by the Biblical names of “Judea and Samaria”, and its occupation in 1967 is referred to as a “liberation”.

Sadly, Israel’s erasure of Palestinians and their history is echoed outside by digital behemoths such as Google and Apple.

Palestinian solidarity activists have spent years battling to get both platforms to include hundreds of Palestinian communities in the West Bank missed off their maps, under the hashtag #HeresMyVillage. Illegal Jewish settlements, meanwhile, are prioritised on these digital maps.

Another campaign, #ShowTheWall, has lobbied the tech giants to mark on their maps the path of Israel’s 700-kilometre-long steel and concrete barrier, effectively used by Israel to annex occupied Palestinian territory in violation of international law.

A Palestinian boy walks past a Banksy mural of children using an Israeli army watch tower as a swing ride in Beit Hanoun, Gaza, as seen on April 10, 2015. EPA

And last month Palestinian groups launched yet another campaign, #GoogleMapsPalestine, demanding that the occupied territories be labelled “Palestine”, not just the West Bank and Gaza. The UN recognised the state of Palestine back in 2012, but Google and Apple refused to follow suit.

Palestinians rightly argue that these firms are replicating the kind of disappearance of Palestinians familiar from Israeli textbooks, and that they uphold “mapping segregation” that mirrors Israel’s apartheid laws in the occupied territories.

Today’s crimes of occupation – house demolitions, arrests of activists and children, violence from soldiers, and settlement expansion – are being documented by Israel, just as its earlier crimes were.

Future historians may one day unearth those papers from the archives and learn the truth. That Israeli policies were not driven, as Israel claims now, by security concerns, but by a colonial desire to destroy Palestinian society and pressure Palestinians to leave their homeland, to be replaced by Jews.

The lessons for future researchers will be no different from the lessons learnt by their predecessors, who discovered the 1948 documents.

But in truth, we do not need to wait all those years hence. We can understand what is happening to Palestinians right now – simply by refusing to conspire in their silencing. It is time to listen. 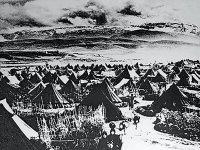