A Palestinian mother’s open letter to Melania and Ivanka Trump

On the occasion of Mother’s Day in Palestine, one Palestinian mother discusses how teaching tolerance is becoming more difficult as American policies sow more divisions and violence. 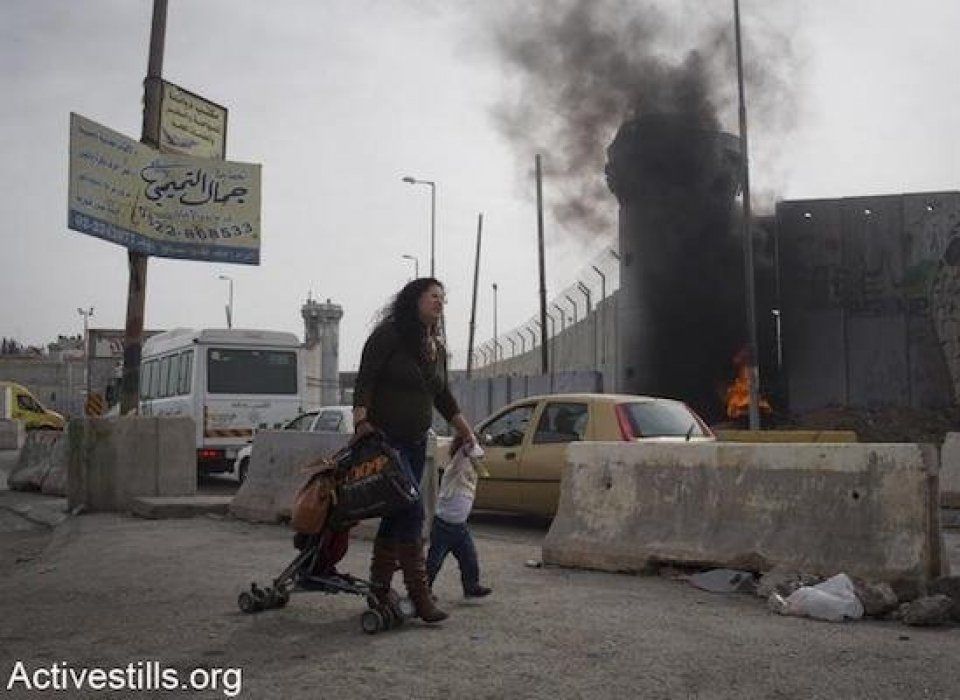 A Palestinian mother and her child walk past the Israeli army’s Qalandiya checkpoint as clashes take place. (File photo by Oren Ziv/Activestills.org)

Raising kids in Palestine is exhausting — not just physically but also mentally. For as soon as kids become aware of the reality surrounding them, at around the age of three or four, every Palestinian mother must find explanations to help them comprehend what’s going on around them.

Even a simple trip from the West Bank to Jerusalem requires a strategic plan, especially after Mr. Trump’s recognition of Jerusalem as the capital of Israel. Couldn’t Mr. Trump have declared Jerusalem to be an open, global city as way of resolving the conflict between Israelis and Palestinians? How do you explain all this to a four-year-old?

March 21 is Mother’s Day in Palestine, which is why I am writing to you, Melania and Ivanka.

A conscious mother would never impose any political beliefs on her family. On the contrary, today we are supportive of cultural exchanges and openness; we never prevent our children from seeing anything around them. Our kids enjoy games and internet, celebrate Halloween, and dance at prom. Social media has connected people around the globe and the most popular activity among kids today is discovery.

We teach our kids to respect Hanukkah like Easter and Adha. Palestinian kids are not taught that one race or religion is superior to another. But Mr. Trump, with his declaration, is destroying the open-mindedness that we have worked so hard to raise our kids on.

Our children naturally followed the outrageous American cuts to aid that twinned with the Jerusalem declaration. Together, President Trump’s decisions did nothing but generate hate in the streets and a brutal Israeli onslaught against Palestinians. The hundreds of children arrested, the violent raids, and the bombardments in Gaza led my kids to tell me that they hate Trump and that they hate Israelis — because they are destroying our dreams, depriving us of our basic rights. When I heard this from my children, I realized had to deal with politics in my household.

Mothers are advised to tell the truth. That was okay until my kids asked if Israeli soldiers could enter our city at night and harm us at anytime. I did not want to say yes, but I realized that as a Palestinian mother I could not hide the reality of occupation from them. So I told them the truth. As a mother, I don’t want my kids to lose faith in me, but at the same time, I can’t stop thinking about how they are just kids: they deserve a decent childhood and upbringing away from all the violence and insecurity of the ongoing conflict.

Visiting Jerusalem with my kids, as I do once a year, requires a detailed plan and preparations for a safe return. The plan starts with arranging for permits to enter Israel, which takes a couple of weeks if we are lucky. Then we must book a taxi because we are not allowed by the Israeli authorities to drive our cars to the holy city.

What you may not be aware of, Melania and Ivanka, is that the way to Jerusalem means crossing the infamous Qalandia checkpoint, separating Ramallah from Jerusalem. Qalandia is a notorious conflict zone, where Israeli forces use tear gas and live ammunition against civilians who gather every Friday to protest to President Trump’s Jerusalem declaration. How do you want me to explain this to my kids? Do you want me teach them to tolerate injustice and accept the new American policies that have resulted in more violence, bloodshed, and loss of hope?

Mrs. Trump, imagine yourselves in my position. What would you do?

Dr. Dalal Erakat is an Assistant Professor of Conflict Resolution, Diplomacy and Strategic Planning at the Arab American University in Palestine. Dalal is a weekly columnist at Al Quds newspaper, and serves as a advisor of Strategic Communications at the Palestinian Prime Minister’s Office. She is passionate about bringing change in Palestinian society through education. 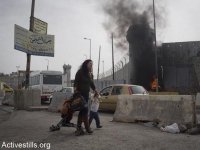